DJ Rakky is the supreme example of a DJ who has worked hard at learning his trade and is emerging as perhaps the brightest young Khmer DJ in Cambodia, with technical skills that put the rest of us to shame!

Rakky started out doing the lights and sound at Pontoon and, while he was there, he watched and learned from international DJs like Grandmaster Flash and Goldie.

His big break came when he was invited to work at Code:Red – initially doing lights and sound but graduating onto the decks to become a resident at many Code nights.

Here he honed his craft – developing a superb technical mastery of the decks, while exploring whole spectrum of Dance Music – initially in conventional EDM, but soon moving into genres like DnB, under the mentorship of Phnom Penh Underground’s DJ Sequence.

He now holds down residencies at Nova and The Rooftop as well as being the first Khmer instructor at the Cambodia DJ Academy – spreading his enthusiasm and love for the music to the new generation of Cambodian DJs.

He’s also secured a slot on UB Radio – becoming the first home born Khmer DJ to play on the station.

Things are moving up and up for this Khmer DJ, who’s not afraid to move away from the mainstream and find a more authentic voice. 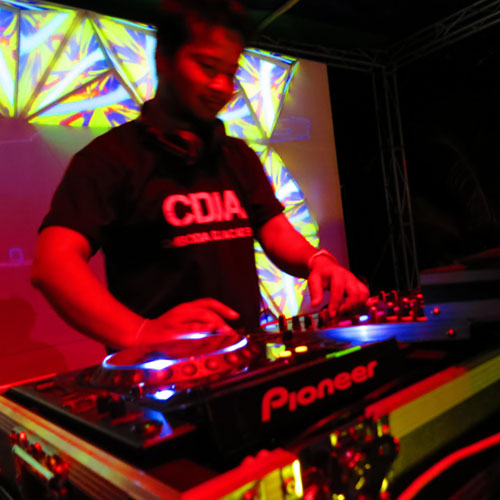