GerryG began his musical journey in the early 80’s, always working and promoting the underground electronic music scene in his home country, Argentina.

By the late 80’s he owned two record stores and co-founded one of the first FM radios in his home town.

In the early 90’s he moved to Miami Beach, were he continued performing in the underground clubs of the fast-growing party city.

During this period, his musical taste started to shift, heavily influenced by the underground techno movement happening in Detroit, which defines part of his personal style and identity as a DJ today.

All these years of exposure to different genres and constant practice with different formats, translates into sets where he picks apart and blend together beautiful harmonic passages, seamless transitions, ethereal nuances and pounding basslines.

He is currently living in Siem Reap, Cambodia where he continues sharing his music and experience with the community, playing gigs around the country and teaching DJ skills to the young generation. 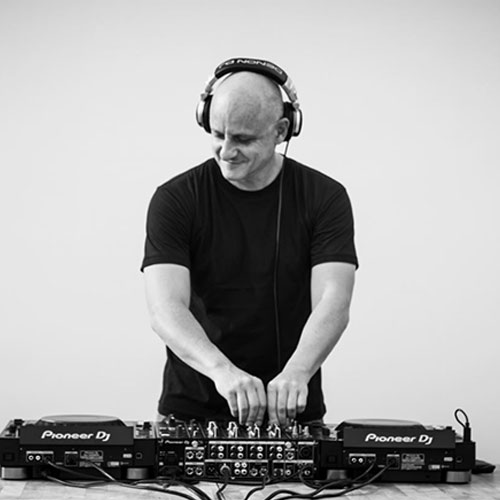