INEE has been weaving a broad soundscape of Techno, Tech house, House with harmony, rhythm and abstraction since 2015.

It was in 2015 that INEE with no experience, struggled to convince anyone to let her behind the decks, but with hunger and an insatiable appetite to unite people through music, she refused to take no for an answer and struck out on her own. With desire and tenacity as her tools, INEE opted to teach herself the art of mixing, starting with a broad range of Electronic music. Her desire and dream became a reality within one year, when she was invited to her first Dj set in an established nightclub.

In 2016 INEE landed in Cambodia and was in thrust into a world of lush tropics with white beaches. And underground music was the soundtrack for this new world. She was instantly hooked. With her new found love affair for all things “underground” INEE registered at the Cambodian Academy of Sound engineering and DJing with a plan to add production to her now growing repertoire. As a producer INEE likes to weave together sounds that stand out and would often be overlooked by other producers, she is captivated by the identity of sounds and their relationship with one another when they are combined. 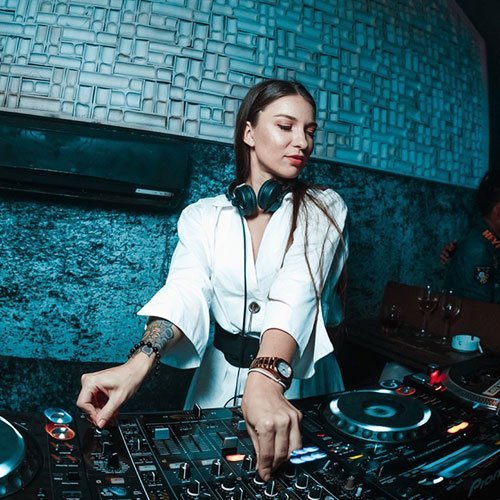