There has been a distinct lack of good reggae, dub, and roots music in Phnom Penh for a while. So, we would like to introduce you to TUFF BASS COLLECTIVE, a new crew playing the very best in all forms of bass music. The collective comprises three well known figures from the Cambodian reggae and dub music scenes, and over the next year, we hope to bring some international guests to play in Cambodia, both DJs and live acts/MCs. Things have been on hiatus with the C19 situation but we hope to be emerging from our cocoons soon!

Lienj Gorimaa: Dj Gorimaa is a French reggae DJ selector, who grew up with roots music from the early 90’s. Then discovering legendary Jamaican artists on stage, and the sound system culture in Europe, he quickly became a musician himself. Bassist and riddim composition (Humble Youth, Vibratone) led him to share his endless love of reggae music in Cambodia, first by opening King Tao’s Reggae bar in Phnom Penh, and later, by playing his selections at reggae festivals and parties across S.E. Asia. Please enter DJ Gorimaa’s cultural and dancing journey from Early Reggae to Dancehall, 80’s digital to UK steppers tunes.

Iain Donnelly (Airfix Twin): Scottish DJ and producer, Airfix Twin, was introduced to the sounds of early Jamaican ska and roots reggae at the end of the 1970s. While most of his DJ’ing revolved around electronic music, he never lost touch with his first loves of reggae and ska, and played at numerous events and sound system parties in the 80s and 90s, including DJ support for legendary acts such as Aswad and Misty in Roots. He has played alongside Mungos Hi Fi and MC Soom-T, and is looking forward to be part of reviving the scene in Cambodia. You’ll hear him play 60s ska, digital dub, drum and bass, and dancehall. 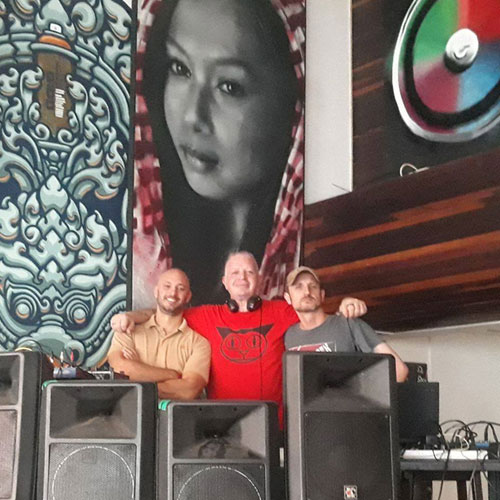