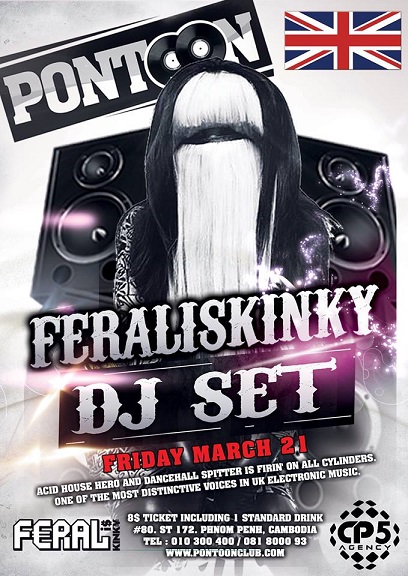 Club Legend of the London Underground Club Scene MC KINKY first found hit chart success with “Everything Starts with an E” – Acid Houses’ outlawed Global Anthem – along with ‘Generations of Love’ with Jesus Loves You and a No.1 pop hit with Erasure.

Featured in January’s edition of DJ MAG in two page spread as The Best of 2012. Had two number #1 hits in the dancecharts of 2013. She’s flying back to Pontoon for a PA at Thursday night’s Shameless! and DJ set Friday