“…it is something absolutely new for Cambodian ears.”

Founded in May 2011, Dub Addiction have reinvented Cambodian music with it’s unique fusion of classic Reggae Dub riddims and Cambodian vocals – sung by DJ Khla and additional female Khmer singers. Responsible for the typical Dub remix sounds is Professor Kinski aka Jan Mueller, based in Cambodia for 11 years.

Dub Addiction have become international, playing at Denmarks Images Festival and Mad Fyah Reggae Festival in Saigon and is now planning tours to China, around SE Asia and Australia.

Their musical style has become more electronic Ambient Dub and Dubstep without loosing their human energy (Seb on the bass and Toma on drums are magnificent, the additional eerie background vocals sung by French Jazz singer Khae Lhassan is just mind-blowing). With the appearance of ultra-tight Khmer Ragga singer DJ Khla their direction to pumping up-tempo Dancehall Riddims was paved. 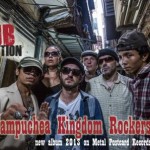 Having released their debut album in 2011, DA released their 1st official album “Kampuchea Kingdom Rockers” on Metal Postcard Records Hong Kong in 2013. The 2nd album is currently in production, due in 2014.

“When I arrived in Cambodia in 2002,” says Professor Kinski aka Jan Mueller, “there was nothing at all left except cheesy Karaoke. Hearing those beautiful voices and melodies gave me the inspiration to use those old styles and create a new fusion groove . The Cambodian roughness in those days was very exciting and gave me the idea to let my music sound more dirty and raw than the common Khmer Pop.

Music like that, if it is DA Dub Khmer fusion or my Cambodian Space Project Remixes, a 1 hour Electro Tech House, Funk Dance Mix with Khmer Rap, old classics and new original lyrics has never before being heard in this country. So, it is something absolutely new for Cambodian ears.” 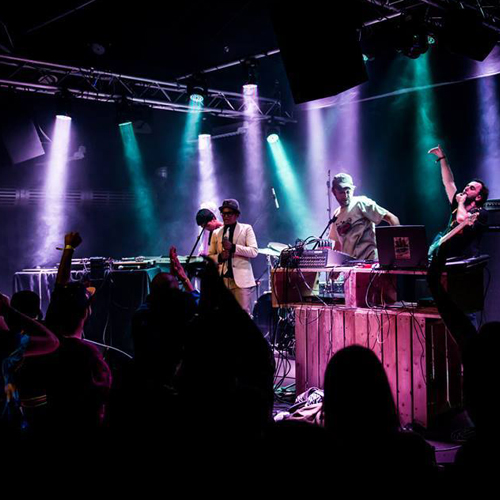