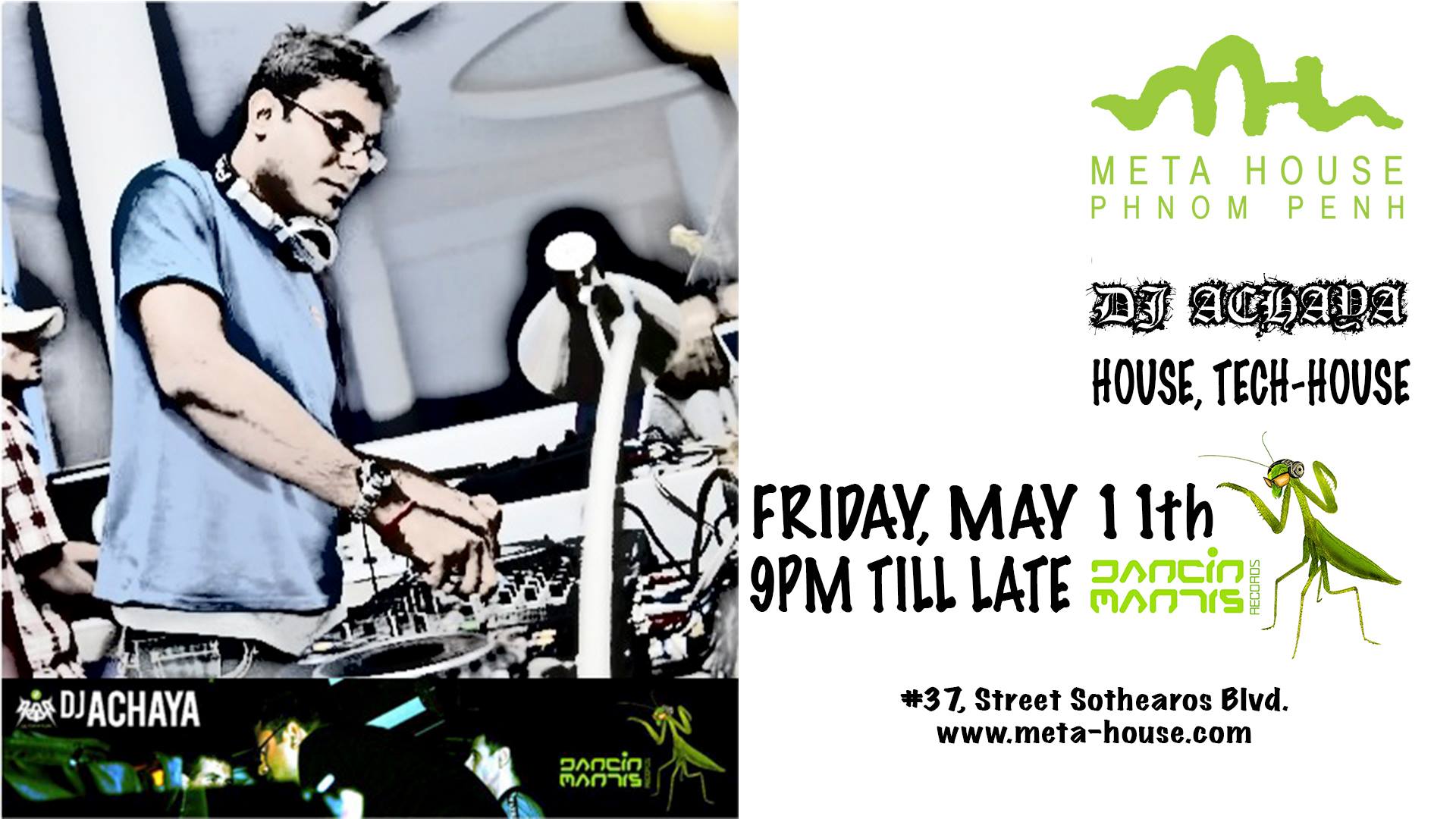 After owning a nightclub in Sri Lanka, Indian DJ Achaya moved to Cambodia in 2008 and was appalled by the lack of house music in Phnom Penh’s nightclubs, and made it his personal mission to promote House Music in the city. He adopted pontoon in the early days and did a regular house night on Saturdays as has since been pontoon’s longest resident Dj.

He founded “Dancin Mantis” records a collective for house music in 2009 which was to bring new flavors of house music and electronica to the Penh and the dancing mantis monthly nights at pontoon are some of the most eagerly awaited nights for house music aficionados.

Achaya – who has shared the DJ booth with the likes of Diplo, Major Lazer, Nakadia, and house legend Bert Bevans – brings an eclectic blend of techy, earthy beats mixed with natural sounds and Indian and Arabic influences to his mix, but also dabbles on the commercial end of the spectrum to keep the party going. “A Dj’s job is to entertain, educate and keep people drinking” says Achaya, “After owning a nightclub myself, I know how important it is to create a balance of art and commerce to keep an establishment profitable, so you really need to read the crowd and do what’s best for them and the club you’re playing at”