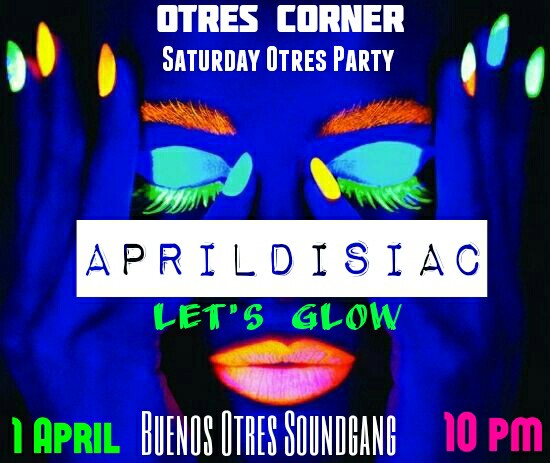 Let’s Glow – April is time to catch the real hot vibes from Otres Corner events.
First one is on 1 April.
Aprildisiac – it will glow your mind and body)
Line up :
Rodriguez
Jesus
Dai Suzuki
Special guest – Martin Warlich ( Ger )

DJ Martin Warlich (Schliffterstudio/Berlin), who was born in 1979, started
DJing in his Eastern German hometown when he was 19 years old,
before moving to Berlin. In the following years he made a lot experiences
on his gigs around Germany. In Europe’s party capital Berlin, Martin
played over 8 years almost every weekend in different hip locations such
as Barbarella Club, Arena, Kater Kiosk, MiKZ, Frannz Club, Kit Kat Club
and Golden Gate Club. Now he will grace Cambodia with his unique
groovy mixing skills.
What still matters to him as DJ after all these years behind the decks is
the quality of his music. Excellent track selection and brilliant mixing…“I
want to see the happiness in the eyes of the people, when i am mixing
some nice tracks. They wish, that this music never ends. It makes me
happy when i can send the crowd on an amazing trip through the
night…” (Martin Warlich – Schliffterstudio/Berlin
See u behind the Corner