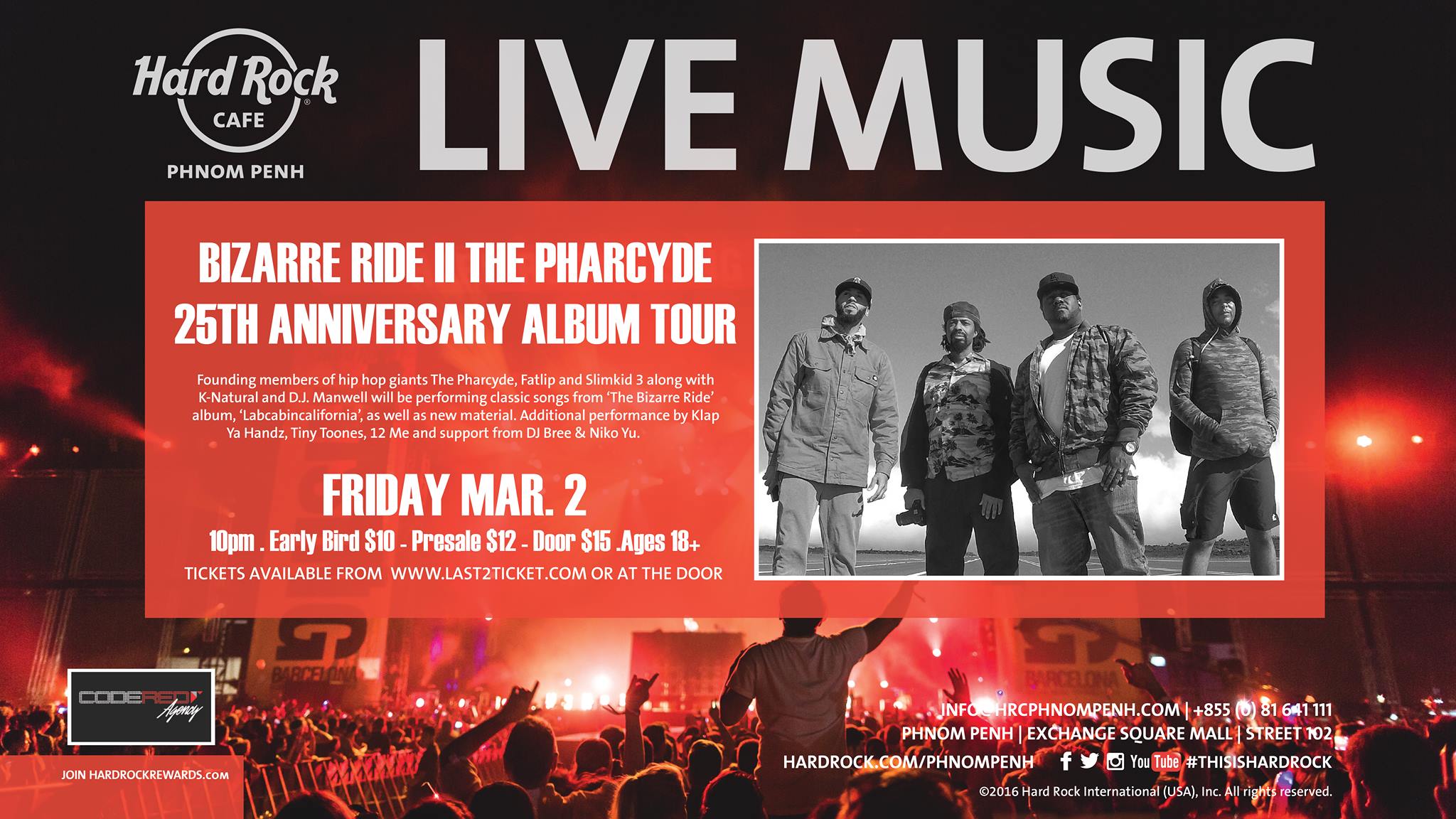 Founding members of Hip Hop giants THE PHARCYDE, FATLIP and SLIMKID3 reunite to bring us one of Hip Hop’s defining albums, in full from start to finish.

That album is of course “Bizarre Ride II The Pharcyde”, one of the most audacious, forward thinking debut albums in the history of rhyme it epitomized the west coast hip hop sound that defined the early nineties and made The Pharcyde the torchbearers of the alternative Hip Hop movement.

Put together to celebrate the twentieth anniversary of the album in 2012 the Bizarre Ride II The Pharcyde Live show has been continuously touring the globe.

The full live set up feat. FATLIP, SLIMKID3, & K-Natural along with D.J. Manwell will be performing classic songs from the‘Bizarre Ride’ album, ‘Labcabincalifornia’, as well as new material.”

With live performances from Cambodias hottest record label KLAP YA HANDZ and a break dance showcase from the legends that are TINY TOONES.

12 Me will also perform a couple of his new tracks!!

Available from www.last2ticket.asia from 10am Saturday 17th Feb)

Brought to you by – CODE RED AGENCY & HARD ROCK CAFE