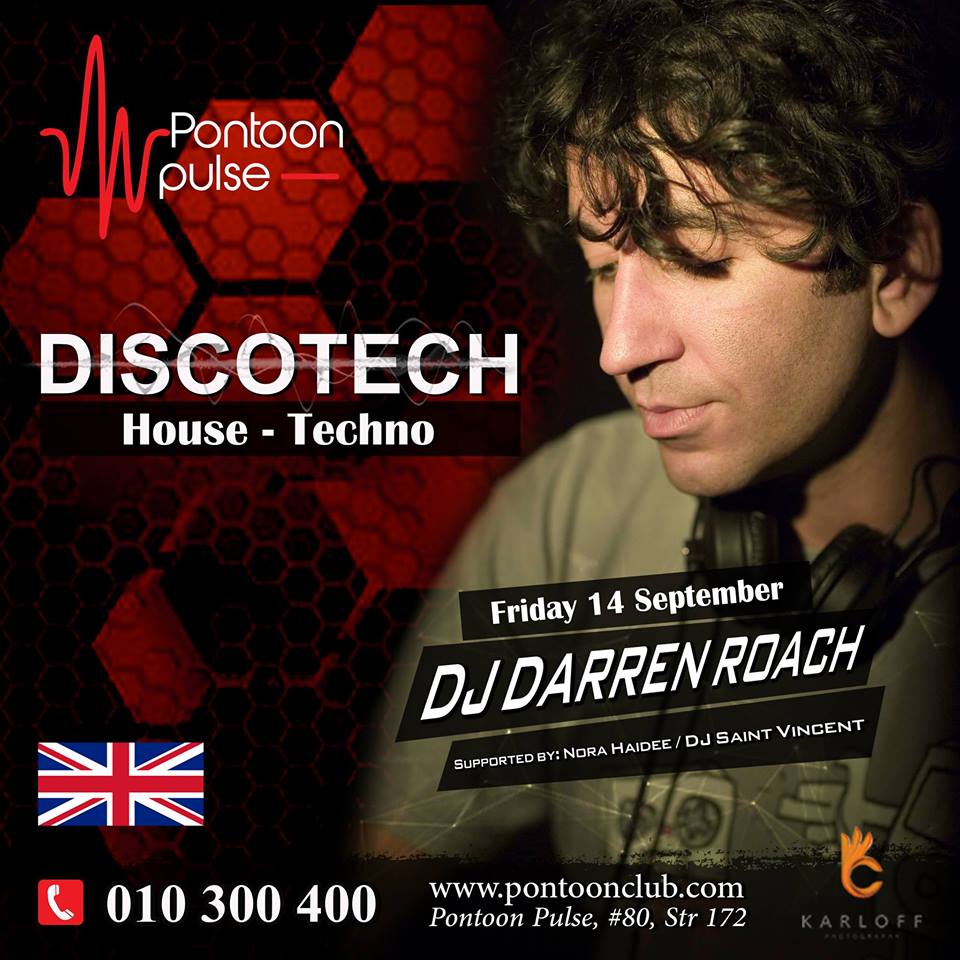 London born and bred Darren Roach has been an integral part of the UK club scene since the halcyon days of ’88. A veteran of London’s club scene at the age of 15 he was gracing the decks of (then) top London clubs such as MoS, Club UK, Gardening Club and The Limelight, quickly gaining recognition amongst his peers as one of the most technically advanced Djs of his generation

After-hour parties and big events have been a main source for Darren’s musical output. Captivating a beautiful collection of friends and experiences, from which he embraced and most importantly learnt from. This knowledge would then go on to mould Darren’s musical ability as a DJ to work a crowd. Throughout the last 15 years Darren had the pleasure of playing and supporting some of the world’s leading underground DJS and live including Carl Cox, Derek May, Juan Atkins, Kevin Sanderson, Masters at work, Front 242, Carl Craig live.

In 2002 Darren took on the role as Head of Press and Promotion at Intergroove UK. Plugging and pushing the underground sound to a bigger audience. Labels that broke to the fore purely because of the support that Darren gave them include: Get Physical, Moon Harbour, Morris audio, Connoisseur, Cocoon, Tuning Spork, Systematic, Great Stuff and Immigrant to name but a few…

In 2007 Darren Roach launches Electronic Body Movement – EBM – a new special night which has been kicking ass amongst the East London warehouse scene that was followed swiftly by residencies at Egg Club London and 54. With quality DJ line ups that have included some of the best underground DJ’s from across the globe. Artist such as Lee Burridge, Kenny Hawkes, Colin Dale,Pete Herbert (UK). Dan Curtin, Jan Eric Kaiser (Germany). Jerome Sydneham (USA), Raoul Belmans, DJ Prinz (Belgium) Jerome Pacman (France) have graced the decks of EBM.

EBM has gone onto gain out most respect from both the dance music industry and press culminating in September 2007 with a “covermount” mix CD for industry bible DJ Mag.
DJ Mag has described Darren Roach as “the Lord of Groove”…..As an artist Darren has always looked for sounds that can only be described as different!!! But, this is where the special talents of Darren really come into play, by bringing in subliminal mixes of different styles and elements based around Electronic house, keeping crowds on their feet, and good feelings inside. Originality and Quality music is the key to Darren Roach’s success.