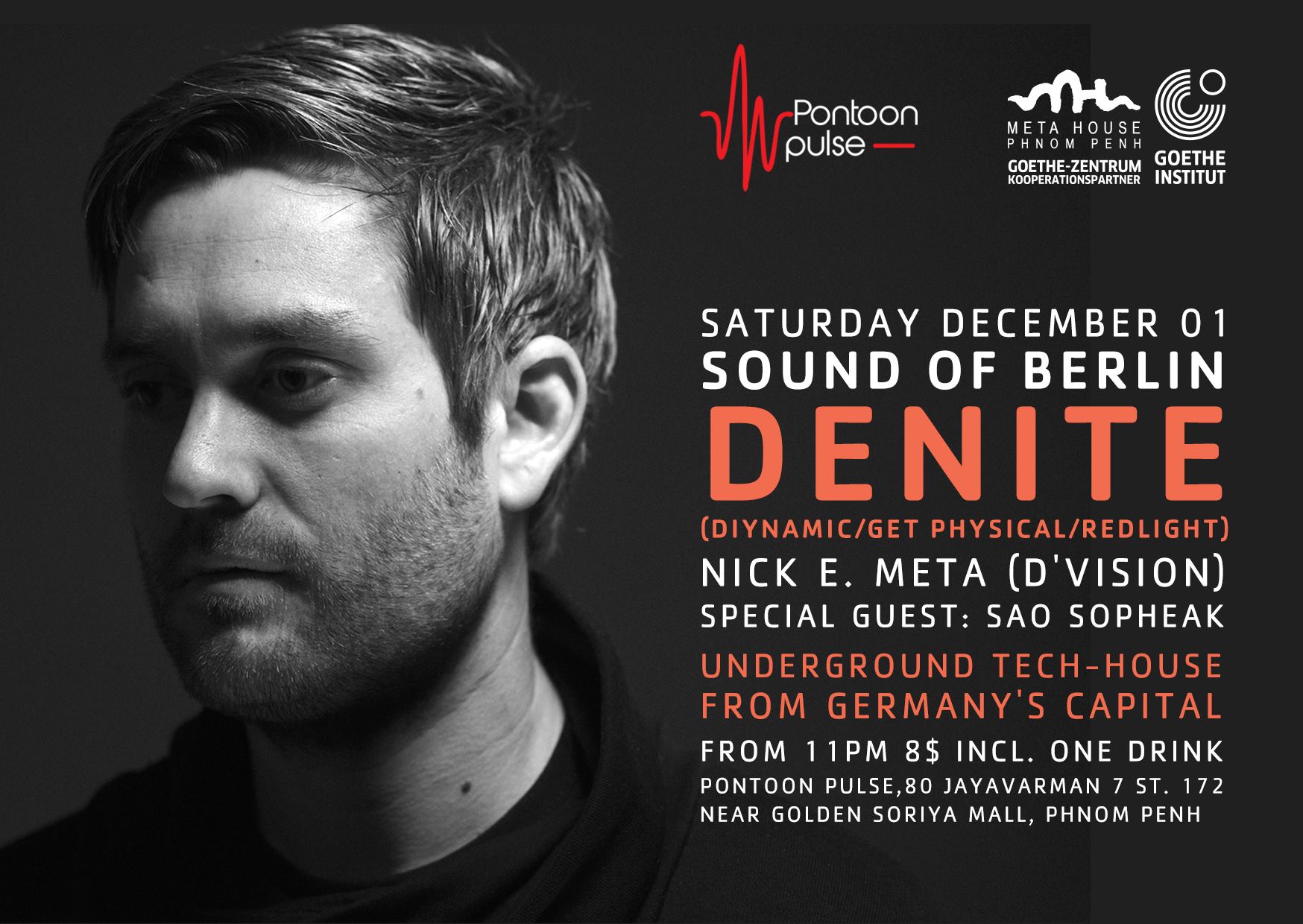 Denite is a Spanish electronic music artist based in Berlin/Germany and the label manager of Redlight. Denite’s introduction to electronic music came in the 90’s at the age of fourteen. In 2002, a move to Frankfurt introduces him to Drum & Bass. In 2003 Denite moves to Thessaloniki in Greece where he plays his first DJ sets and produces his first tracks signed as Gari Marcos. 2008 sees him move back to Spain and begin work on his new house-oriented Project, taking on the moniker of Denite. Taking in all his previous musical influences and turning them into one unified style, he releases his first 12” on the german imprint Resopal Red in 2010. That year also sees the inception of his own label, Redlight Music.

In 2012 Denite puts the finishing touches to his first electronic live set and tours the United States and Spain for the first time. That same year, he becomes resident DJ in one of Spain’s main electronic music clubs, Metro Dance Club, sharing the Dj booth with artists like Loco Dice, Solomun, Âme, John Digweed, Rolando, Nick Fanciulli, Nick Curly and Marc Romboy. His broad musical background, allows him to play sets that run from Deep House to Techno, while always remaining loyal to a rhythmic groove and melody. Up until today, Denite’s releases have graced the shelves of such labels as Diynamic, Get Physical, Third Ear Recordings as well as his own Redlight Music imprint.