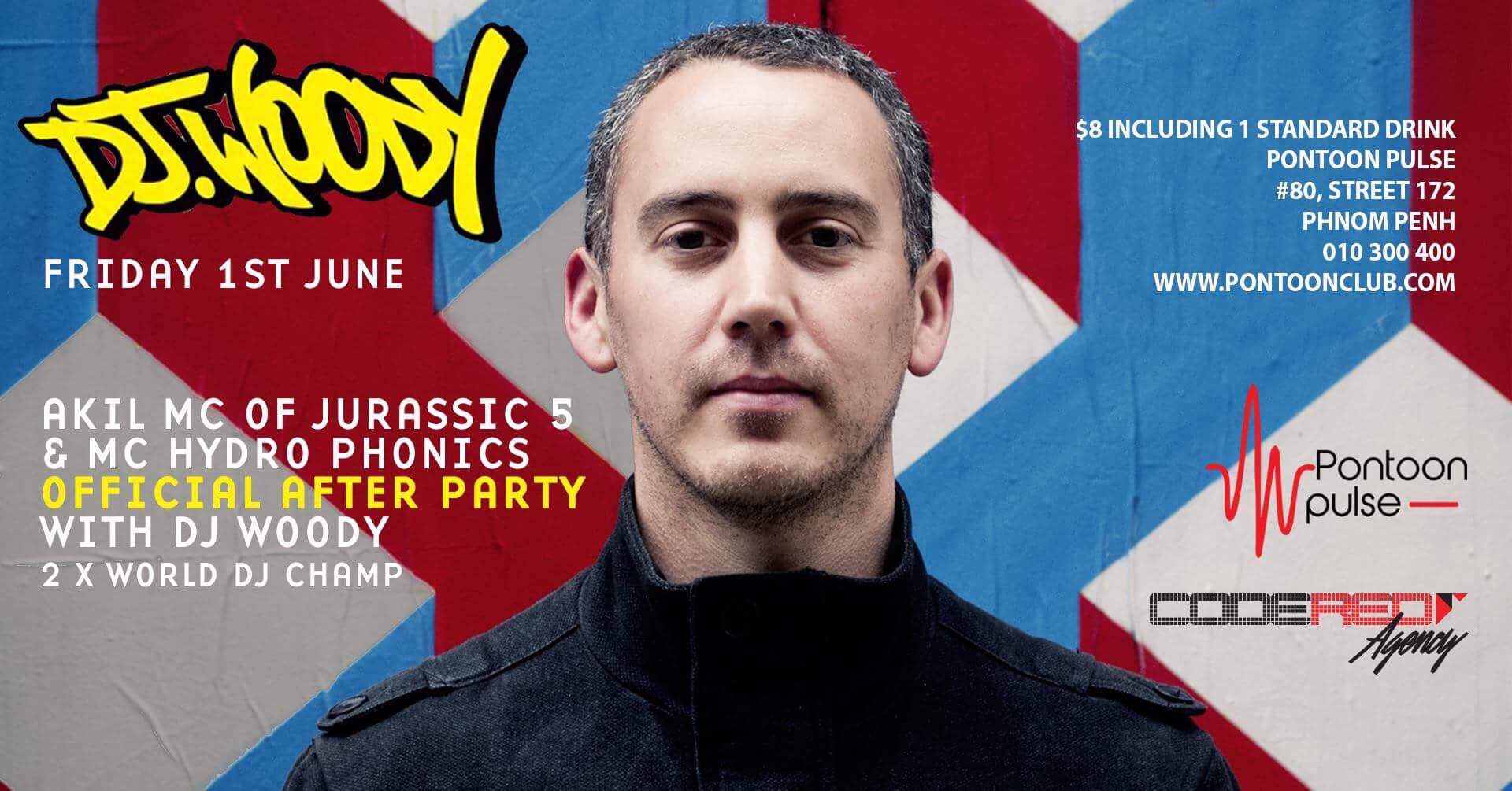 DJ WOODY will play an exclusive 45s
set at Pontoon Pulse after the show at HARD ROCK CAFE.

One of Mixmaster Mike’s (Beastie Boys) favourite DJs, described as ‘The best DJ in the World’ by Hudson Mohawke, labelled a genius by DJ Qbert. 2 Times World Champion DJ, Lee Woodvine aka Woody is arguably one of the UK’s most influential turntablists. Known for his innovations, he helped design the Worlds first ever musical turntable instrument (Vestax Controller One) and is famed as a prolific pioneer of new scratch techniques.

Woody’s musical approach to the turntable and has led to mixtapes and recordings for labels including NinjaTunes, BBE, Jazz Fudge, Tokyo Dawn, Chopped Hearing, Passenger, Twisted Nerve & Jack 2 Phono Records. He was DJ for Grammy winning hip hop star Mala Rodriguez (Universal), has written scratch music for a 25 piece big band jazz orchestra and as long time associate of DJ Vadim, was a band member of The Russian Percussian and One Self. In the last 10 years Woody has played to crowds of up to 40,000 and performed in over 40 countries in venues as diverse as The Nokia Theatre in Time Square to a Bollywood film studio in the middle of Mumbai.

In 2010 Woody extended his repertoire in the form of his ground breaking audio-visual DJ show, ‘Turntables In Technicolor’. Designing and animating all the material himself, Woody immediately made his mark on the AV and DJ scene following jaw dropping showcase performances at the 2010 World DMC Finals and the US DMC Finals in New York. These performances led to DMC’s decision to run the first ever Video DJ Championships. His latest ‘History of Hip Hop’ AV set was described by Jurassic 5’s Cut Chemist as “The best video DJ set i’ve ever seen!”.

“This is my 25th year DJing with over 30 years of buying records! Nothing comes close to the feel of real vinyl and cutting up 45’s is about the most fun you can have on 2 turntables. If I’m having fun as a DJ’s then the odd’s are that my audience is too, so in a time of increasing disconnection between the DJ and the dancefloor, I feel in order to take it forward I definitely need to take it back – back to wax!”
In January (2018) Woody dropped his debut mix for the 45 Live Radio Show on Dublab in Los Angeles. The all vinyl 45s mix is currently riding high in the funk and vinyl charts on Mixcloud and gives you a hint at what to expect from a Woody 45s set.