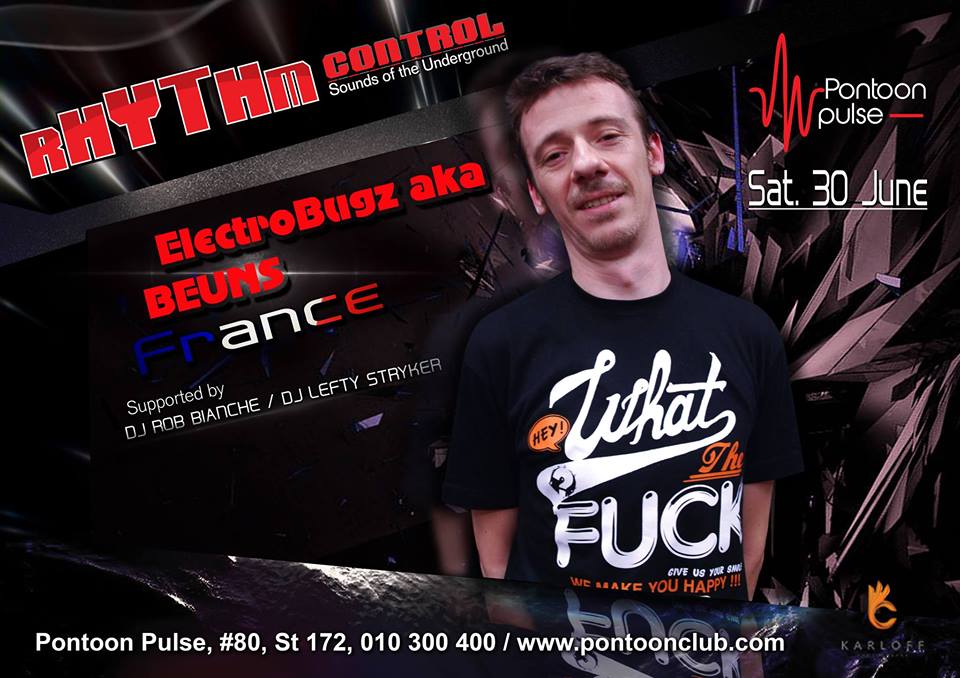 Year 1990, Benoit Alias Beunz became a musician inside the band “La Roberto Family” (Funk/Soul/Groove). He was the band keyboard; it’s where he learns the basis of composition and team work. After a few gigs the band is dissolve. As soon as possible he reconstitute another band call “ Numba Wan” which is influenced by Reggae and Dub. The band will last until 1994. It’s at that wime that Beunz discover the Madness of Raves in Paris.
He encounter Popof and the Heretiks in 1996, they start to work on drum machines and synthetizer.
In 1997, he’s playing his first live set in “ Le Printemps de Bourges” and released his first record soon after. Since then he’s producing regularly a series of Lps, more than 45 maxis and 3 album on Cds with the Heretiks system and one solo album call “ The Synth Project”.

Nowadays, Beunz change is artist name to Electrobugz and start playing pure sounds between dirty electro and techno.
In Addition of his musical productions, he spread his stunning and powerfull music in Raves and clubs, making dance floors going nuts all around the world.
(China, Venezuela, Canada, Italy, UK, Polka, turkey, Austria, Spain, Lebanon, Czech Republic …To name a few)
He plays along side of the biggest names such as : Manu le Malin, Joey Beltram, Busy P, Justice, Teenage Badgirl, Valentino Kanzyani, Pet duo, Patrick Lindsey, Technasia and Chris Liberator … To name a few.
His Music, his live sets, is between effective electro, powerfull techno and smashing hardfloor, which had make dance a full generation.