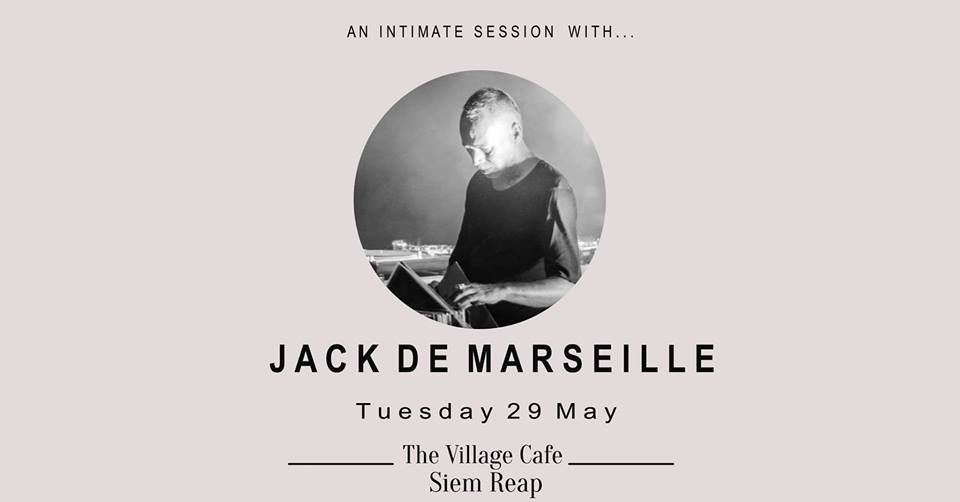 BeatBoutique Asia proudly present for the 2nd time “Jack de Marseille” @ The Village Cafe on the 29.05.18 for an intimate session…

WHO’S JACK?
Voted best French Dj by numerous specialist magazines – is a adventurou as ever, mixing up different sounds, energies and rhytms during the course of a night or even a single track.

WHERE HAS HE PLAYED?
In 1990 Jack made his way to the top of the turntables of the best festivals
and night clubs all over the world: Festivals like Astropolis, Sónar Festival, Sziget Festival Official,
Time Warp , Nuits sonores , Awakenings and clubs such as Rex Club Official Fan Page , Ministry of Sound,
Berghain / Panorama Bar, Fuse, Rox, fabriclondon and Tresor.Berlin (OFFICIAL) . . . Just to name a few!!!
It was 1997 that Jack became Jack De Marseille after being introduced like
that on a popular French tv “Marche du Siecle” a show where new music culture
is presented. It was also the same year that he became the main DJ to go on the
first big tour of Daft Punk!!!

Tuesday 29th September BeatBoutique Asia is hosting a true pioneer of the DJ world again!! Take Wednesday off, this is an intimate session not to be missed, otherwise you will have to go to the @Yingyang Festival on the great wall of China to see him perform to 20000 :p!!
Early bird : $8 ( limited)
$10 at the door
DJs on the decks from 7pm
– STRANGEFRUIT (BeatBoutique Asia)
– CYRIL GROUVEL (BeatBoutique Asia)
– JACK DE MARSEILLE (Wicked Music)
– EDWARDOWSKI
– SAKURA (Shake Shake Sakura)