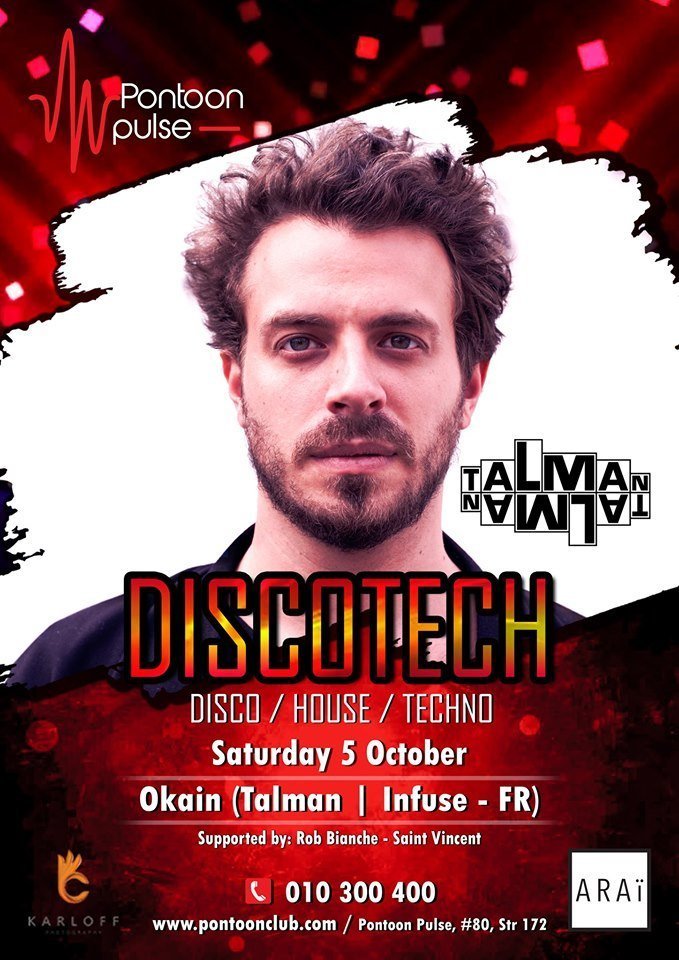 Okain (Talman | Infuse – FR)
Okain is part of a wave of artists that began spinning records and producing music 15 years ago in
Paris. His first release came in 2007, and launched the career of an exciting new voice in electronic
music. Over the years, he has evolved into an accomplished artist with sets in Panorama Bar,
Fabric, and some of the finest venues in the world. He has also participated in a lot of projects such
as Handycraft, the alias he used to have in collaboration with Paul Ritch many years ago. But most
importantly, he has shown a commitment to his very own sound with a steady output of records on
labels such as Tsuba, Bpitch Control, and more recently Infuse (Fuse London).
After relocating to Berlin in 2011, he has established his own musical imprint Talman Records,
where he can freely release the music he loves. As a DJ, the Parisian has grown into an impressive
and versatile selector that can pull from a wide spectrum of material from house to techno, both old
and new.