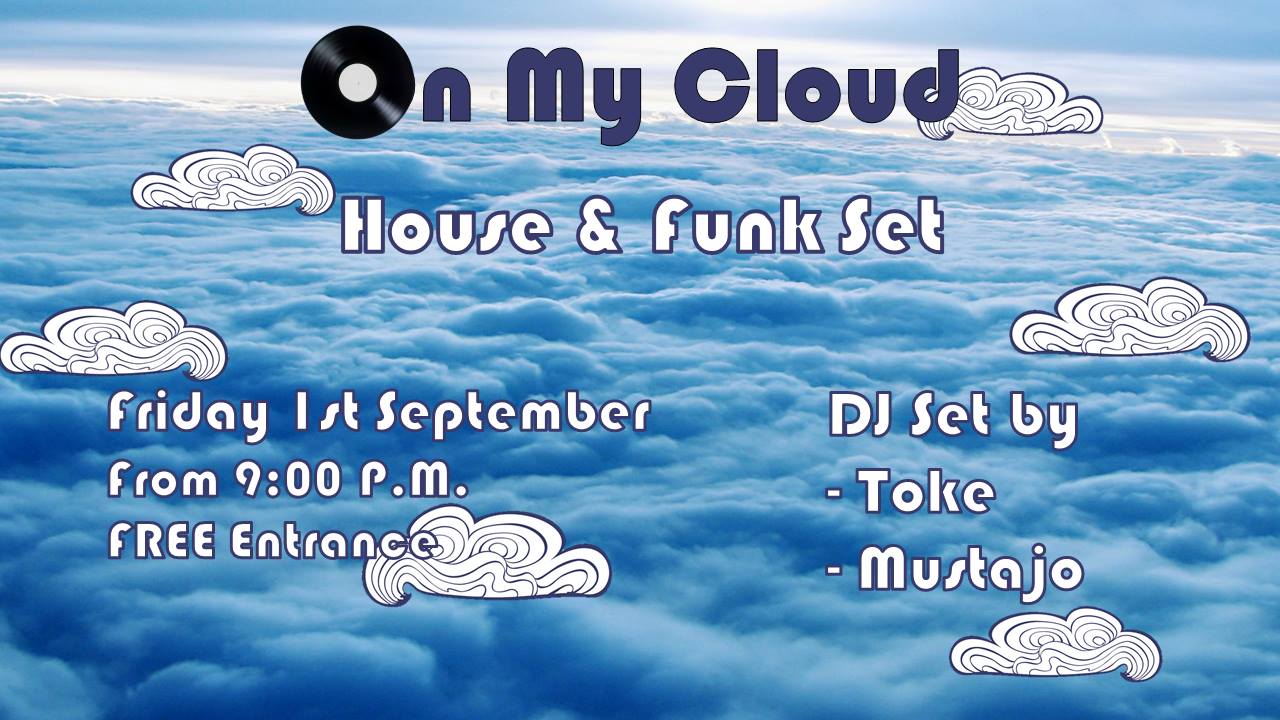 in May, we organised for the first “On My Cloud”.
As we loved it and apparently you did as well, we decided to organise others “On My Cloud” for the love of electronic music!
This time “On My Cloud” takes place on Friday night, then you don’t have to worry if you can’t wake up the day after 😉

As usual, entrance is FREE

For this party we have 2 of our favorite Djs: Toke & Mustajo.

Toke : After ten years of solfeggio & piano in his small town of 650 inhabitants, toke became absorbed by music production when he moved to Lyon (FR).
His musical culture is completely shaken by his desire to travel, and four months spent in Shanghai give him a slower style and turned to sampling. After coming back from China, he produced a sampling house EP with one its friend on Carré Bleu Records. After that, he used to mix house-techno in the shelters of the old city.
You will understand, his music reflects all the diversity of his encounters, musical or not.
https://soundcloud.com/tokebeat

Mustajo: He started producing music in his room around Lyon (FR) when he was 16. Its productions evolved in different styles from raw electro/dubstep to softer kind of electronic music and experimental stuff.
Those two last years studying sound design and music production helped him renew his approach of music and enlarge his musical culture through the person he met. He would like to share it with you now, with a soft/loungy and positive electronic music DJ set, so you can chill during this afterwork.
https://m.soundcloud.com/jo-46