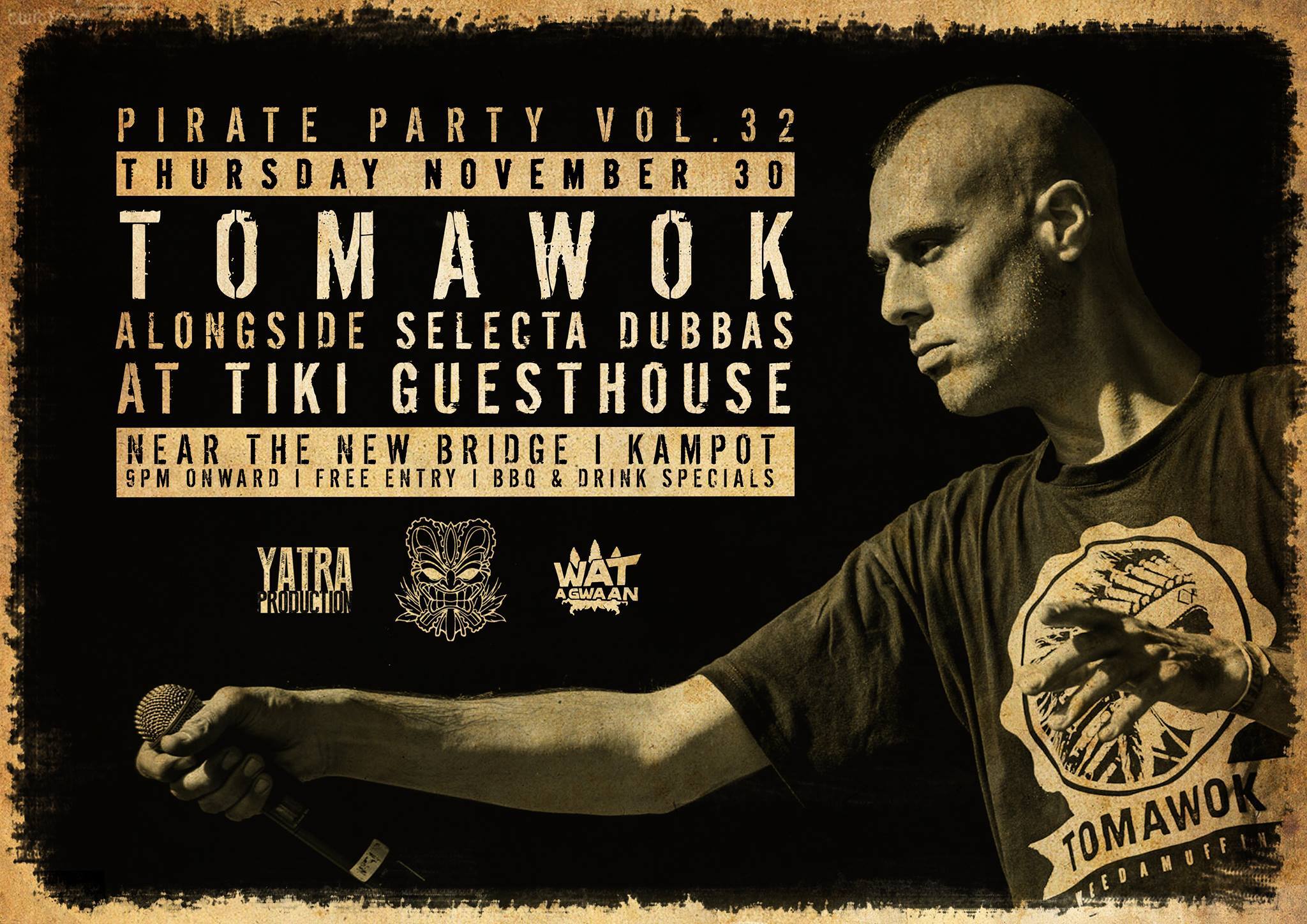 After having issued 3 street Cds (Lyric’Hall, Clash pas l’Apache, Inna di tipi) and a first well-acclaimed album Wakatanka, and after a 900+ dates tour over a dozen countries, Tomawok releases a second opus untitled Weedamuffin, made up of 13 songs and issued October 2nd 2015.

Tomawok teamed up with well-known musicians and top-ranking producers like Kubix, Dreadsquad, Manudigital, Krak In Dub, Irie Ites and Deebuzz to create powerful instrumental versions varying from roots, reggae, ska to rub-a-dub, ragga or dancehall with hints of dubstep, jungle and stepper…

The artist voices on these tunes talking about topical issues, everyday experiences, sometimes lightly, sometimes consciously. Other tracks are built for stage performance and his devastating flow that he has the secret of.

Travelling all over France, to Africa and to Jamaica, Tomawok has created links with several famous artists, contributing to the project. Max Romeo is one of them and the duet between the two generations on “Jamaican Herb” is magnificent. Sizzla Kalonji has a massive impact on “African Children” combination and Ward 21 boosts a high-powered 90’s style dancehall rhythm… There is also a killing connection with Jamaicans Perfect Giddimani and Burnin Spectacular and rapper Ksir Makoza from Marseilles !

Efficient on stage as well as in studio, Tomawok takes you to a journey on many kinds of riddims, from 70 to 180 BPM !!! The method is still the same: drafted texts, wealthy rhymes, articulated lyrics, exceptional flow… For sure! This is Apache style!!!