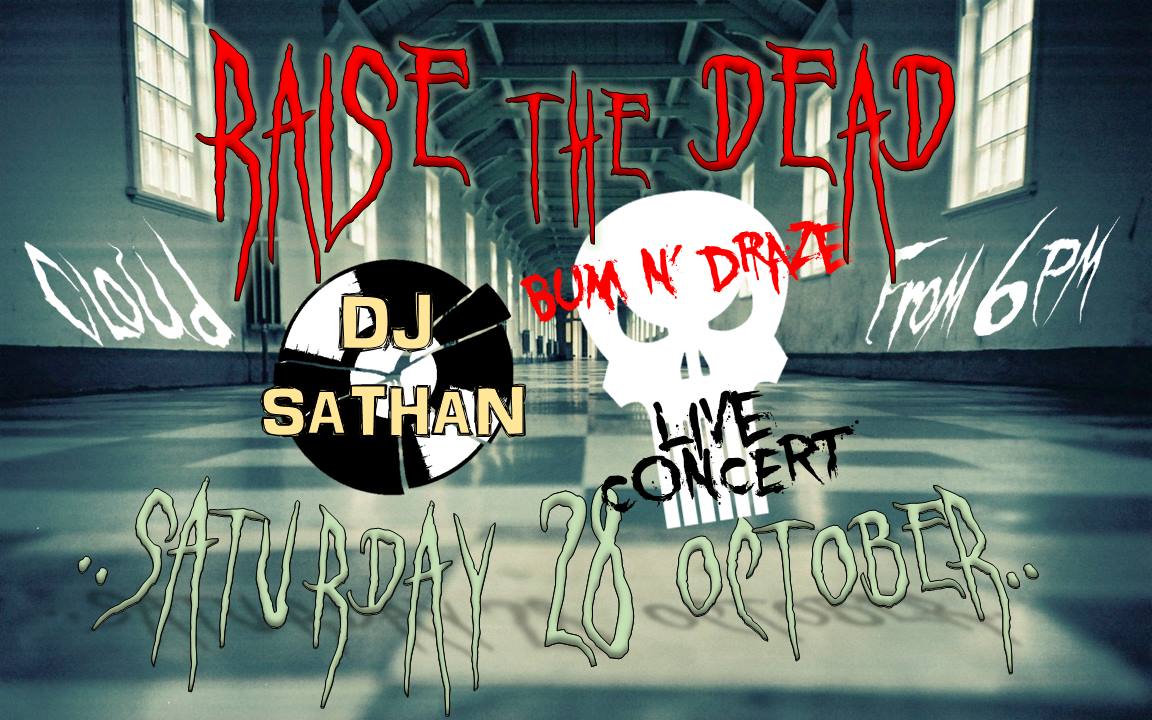 On this spooky occasion, Cloud will appear as you have never seen before.
Thus, we invite you to the creepiest party in town!

Following the concert, enjoy FOR ONE NIGHT ONLY, straight from the pits of Hell, DJ Sathan and his devilish sounds!

Has Cloud been infected by a zombie virus? Has a mad scientist infected the staff? Enter at your own risk

Explore horrific areas. Delve into the depths of your own humanity. A labyrinth of fear and chaos awaits to be traversed. Beyond, in your despair, a graveyard masks other terrors. Is the mad scientist hiding there? An evil gift may be in his hands.
Special drinks and more wait to be discovered.

Stay tuned, we didn’t reveal everything yet.