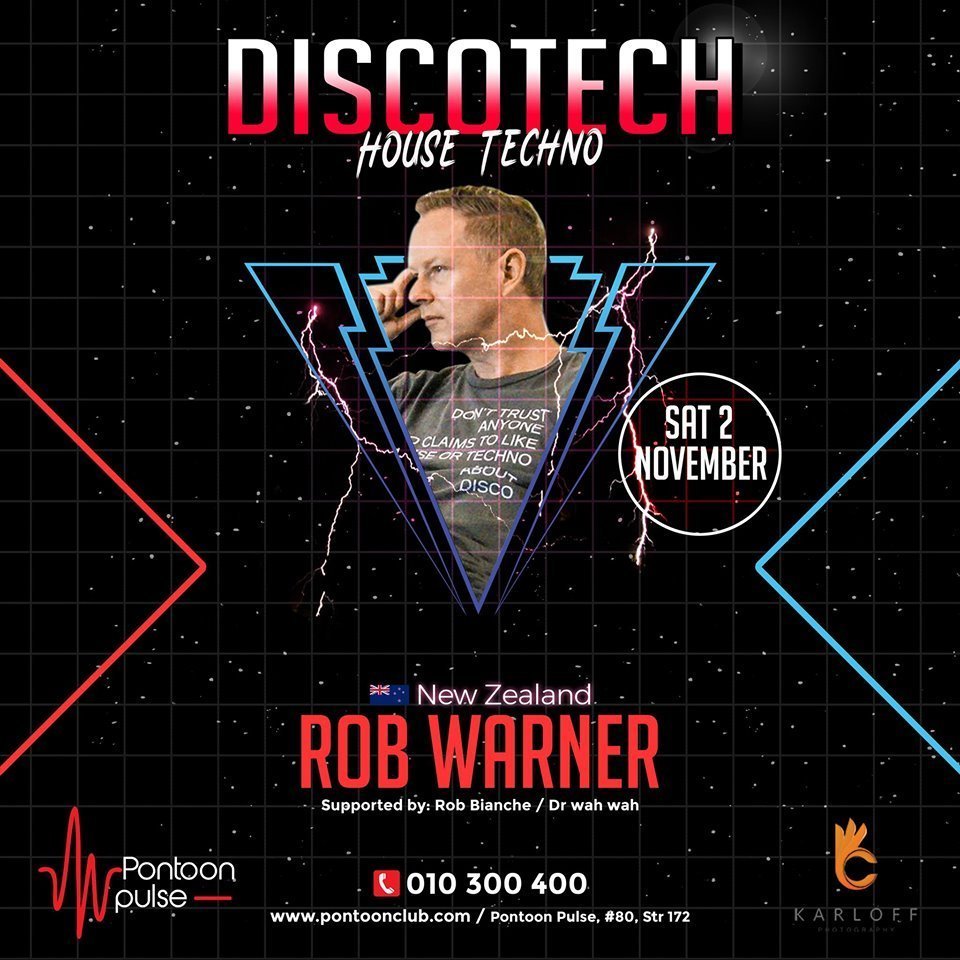 Rob has DJed since 1992, with his early years dominated by early American house and techno such as Inner City, Todd Terry, Masters at Work, Tribal America, Transmat Records etc.

First and foremost he is a house DJ who also plays a bit of techno, disco, lots of obscure tracks, and alwayswith a dose of randomness. He has played almost weekly for 25 years at the best underground venues in New Zealand, as well on larger events and representing touring club brands.

Through the 90s/2000s he was a longtime resident DJ at Auckland’s most iconic underground clubs. Rob also runs his own underground classics night in Auckland based on city themed nights (New York, Chicago, Paris etc).
https://www.mixcloud.com/djrobwarner/stream/