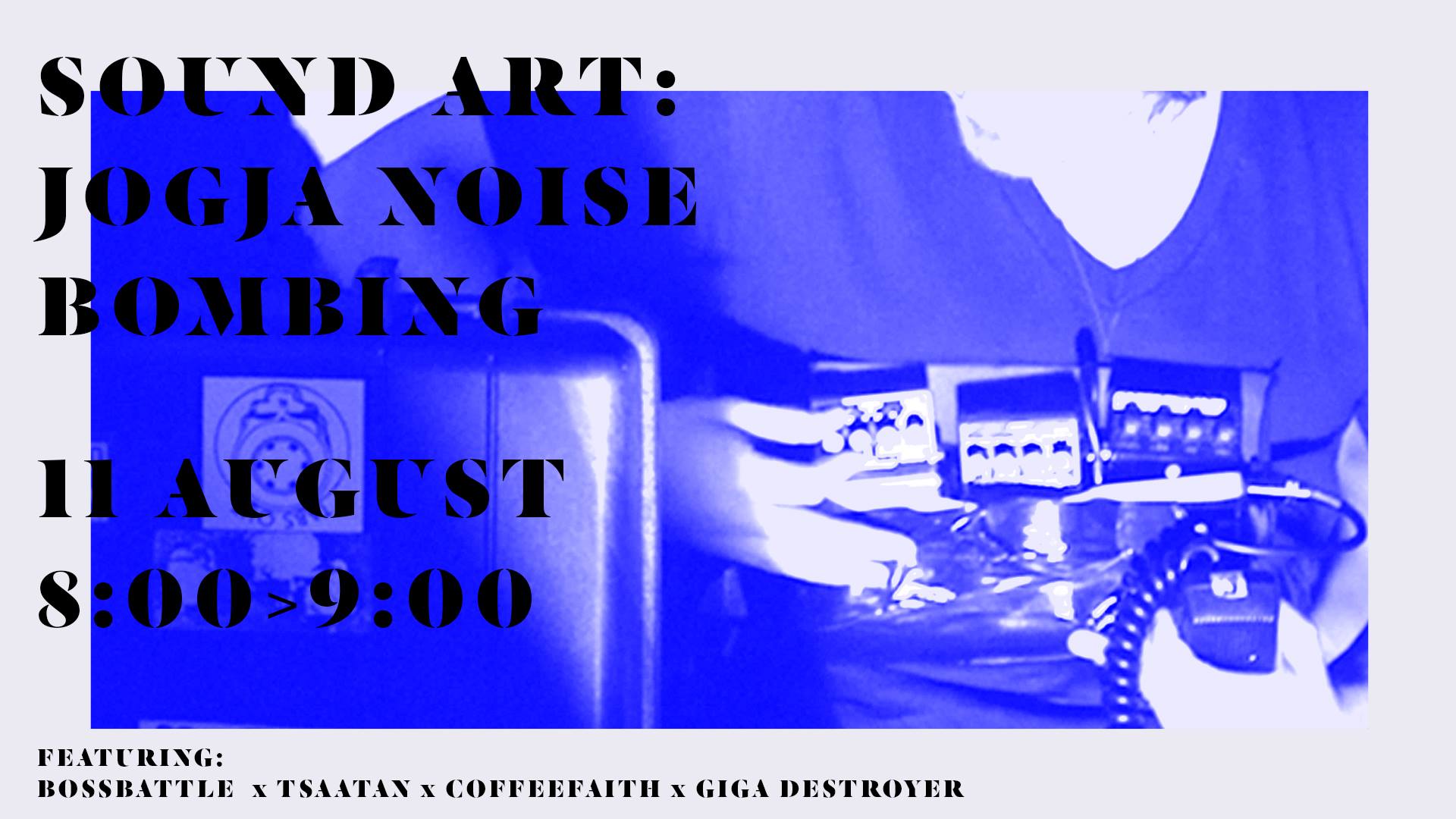 • BOSSBATTLE:
Otherwise known as Sean Stellfox, producer Bossbattle is an experimental musician creating DIY sounds with sound loops, feedback manipulation, and homemade synths and effects. He currently resides in Indonesia as part of the Jogja Noise Bombing Community, a group of noise musicians who play impromptu shows in the streets.

• COFFEEFAITH:
Noise/experimental project of Rio Nurkholis Syaifuddin from Yogyakarta, Indonesia. Using DIY synth/drone synth, and some guitar pedal CoffeeFaith makes a wide range of drone, dark ambient and atmospheric composition. Influenced by Sun, Earth and taking theme from Buddha mantra, religions book, story of an ancient gods and ancient culture and also philosophy and psychology. While absorbing and acknowledging these influences, it is important to him to find and evolve his own sound.

CoffeeFaith got involved in the noise show mostly in Yogyakarta. In 2016 CoffeeFaith arranged mini tour in some city of Java with TENGGER, a Noise/Psychedelic Band from Korea/Japan. This project actively release the recording material. Both in digital release or physical release (CD-R and Cassette Tape).

• TSAATAN:
Tsaatan is Drums/Noise/Raw Percussion project from Yogyakarta, Indonesia. Gilang Damar Setiadi is a Man behind this one who started this one since early 2017. Tsaatan have released an album inJune, 2017 the name is ‘Modern Apocalypticism’.

Neverland Artspace is an alternative space for a multinational network of artists and curators based in Phnom Penh, Cambodia.

The artspace aims to spark your curiosity and provide a playground for learning through various media platforms that include exhibitions, workshops, talks, social arts and performing arts.