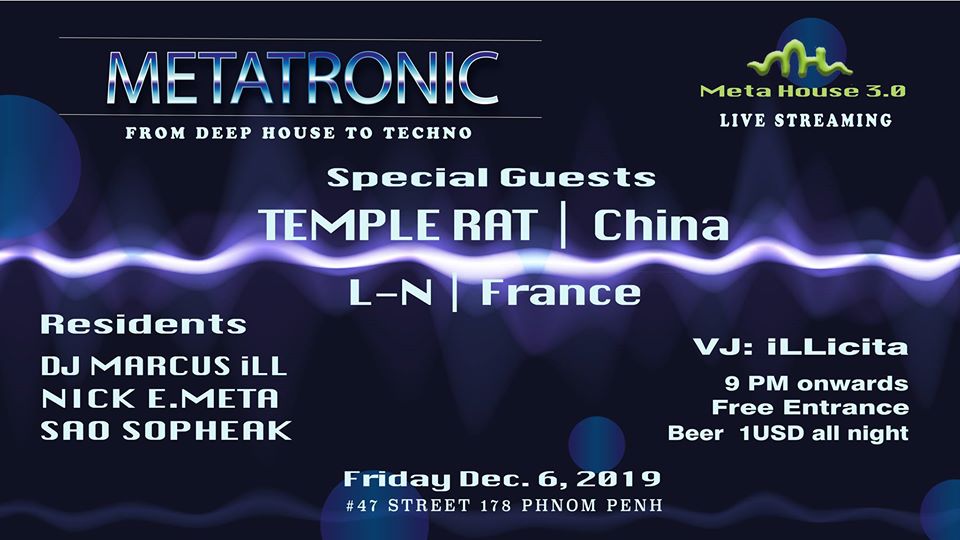 “I believe that music is alive, like a tree, rooted in the soil of your heritage.”

Mei grew up near the vibrant megacity Chengdu in the lush Western China Sichuan Basin. At the age of 9, she began to learn the traditional Chinese Erhu, a genuinely mysterious folk instrument, two-stringed, played with a bow and made from carved wood and snakeskin, sometimes known in the Western world as the Chinese violin or the Chinese two-stringed fiddle.

Inspired by her passion for the electronic music scene of Chengdu’s hyped underground, Mei started to fuse traditional Chinese folk music with minimalistic techno tunes:“I usually start my sets by playing the Erhu alone, to create a sense of space, mystery and surprise among my audience. Then, gradually, I add electronic and industrial sounds to fill the space, slowly bringing my audience on an emotional journey, producing a unique kind of atmosphere.”

Mei steadily improved her skills to express a unique blend of live Erhu performances with 4×4 electronic beats. She eventually started to perform as Temple Rat from 2015 on culminating in her much-praised performance in Shanghai’s 2019 Boiler Room.
Her music is influenced by sparks of the natural and religious environment she grew up in, ancient oriental rhythms as well as by her favorite 90’s ACID elements. In 2017 she released her first EP on ADE China Pavilion Records and from 2019 on Mei collaborates with Tokyo producer Ryogo Yamamori with whom she released her latest EP on Kagerou Records which is available on Beatport and Itunes etc.

So far her musical career has brought her to cities all over China and major European festivals like the Château Perché Festival (France), the Summer Story Festival (Spain) and the ADE (Netherlands). Mei has recently performed live sets for Carnival Bizarre at KitKat Club Berlin, the Boiler Room Shanghai edition, Block FM Tokyo and the RedLightRadio Amsterdam.

Temple Rat’s show @ meta will be accompanied by DJ L~N.