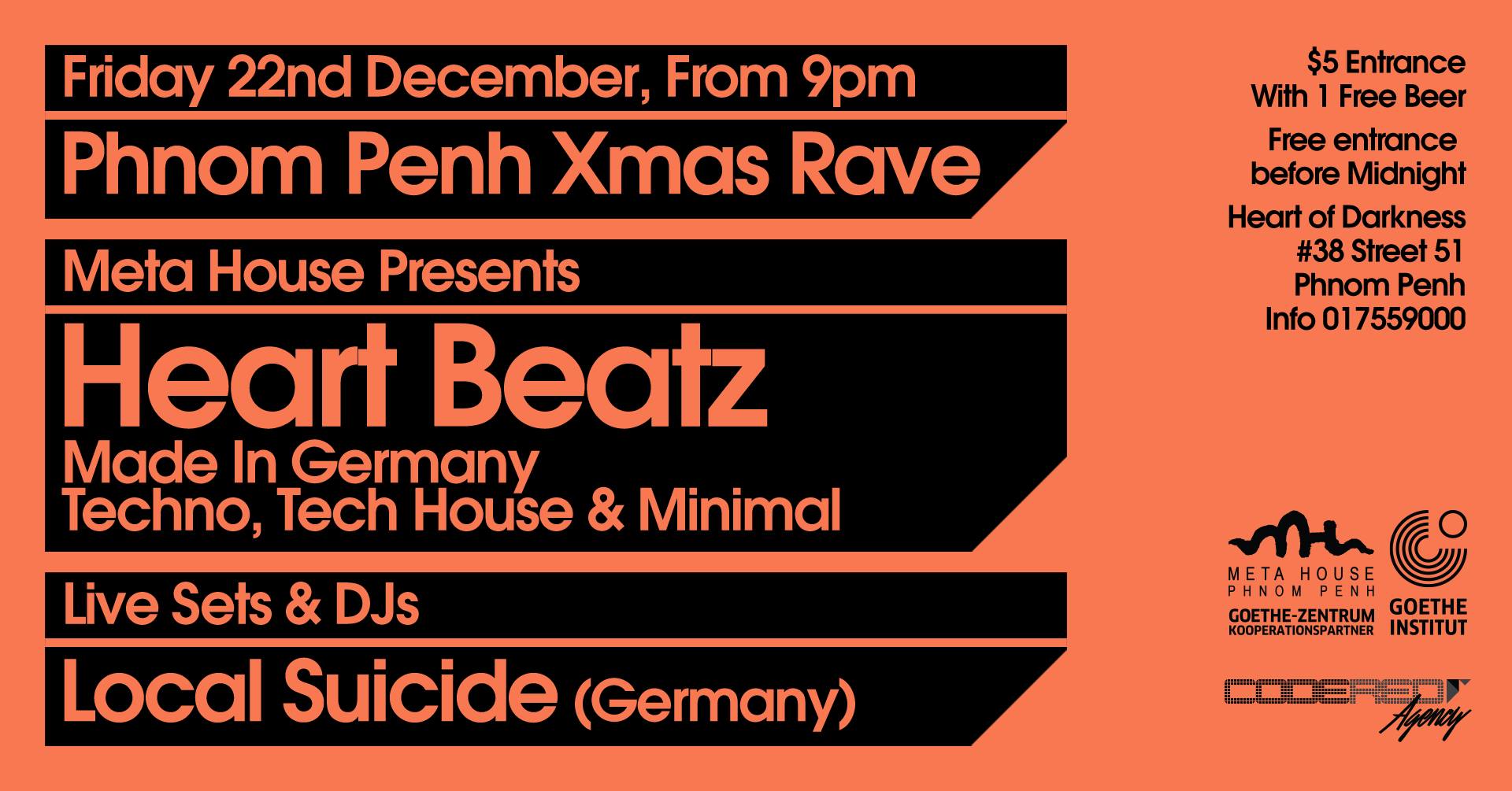 The Berlin-based DJ duo and couple Brax Moody and Vamparela have been collaborating together since 2007, either as a DJ duo, in bands, or as remixers and music producers. Merging the rhythm and dynamism of Munich’s hip-hop clubs with the grime and attitude of Thessaloniki’s back-alley indie bars gives an idea of how to categorize Local Suicide: a straight-up energetic fusion of new wave, slow techno, post disco, acid house or as they like to call it “technodisco”.

As DJs they’ve played all over Europe, Asia, North Africa, South America and the US with gigs at Lollapalooza, Melt!, Amsterdam Dance Event, Off Sonar, Berlin Festival and almost every club the German capital has to offer whilst holding down day jobs in the music industry and running one of the top 10 independent music & lifestyle blogs in Germany with 30+ international editors. Rest assured that these two have honed their musical tastes and chops.

German DJ COSMIX became hooked on early techno and psytrance when traveling to Goa in the early 1990s. In the last 30 years he has thrilled audience worldwide with his profound mixing skills and his flawless taste. His credits include headlining at VuuV Experience, Berlin’s Loveparade, Boom, Gaia, Solipse, Zoom, Lovefield and all the clubs from Amsterdam over Paris to London and Manchester, Stockholm, Rio, Japan, Israel.

AIRSTRIP is a creative collaboration between English performance poet John Gartland and German techno composer Nico Mesterharm, with production by Jan Mueller. FRIENDS ELECTRICK performing tracks from this forthcoming album. They fly us Penh-Bangkok-Penh, for an eyes-wide-open free-fall through disintegrating realities. It’s a unique chemistry they call “weaponised Techno”.