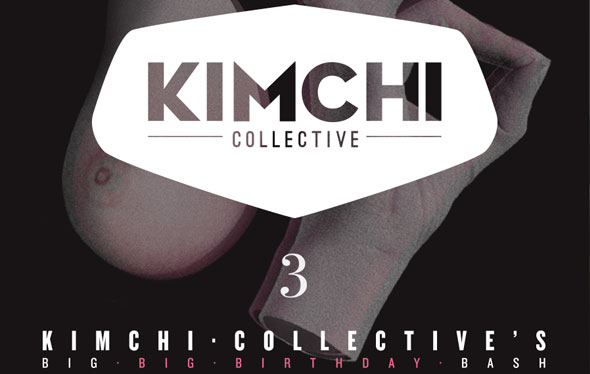 Ahead of their massive birthday weekend, those friendly fellows from the Kimchi Collective took time out of their hectic schedules to answer a few questions about past, present and future . They’ve also delivered a super-duper exclusive mix, which you can listen to and download below! …

Ok Kimchis  (Kimches? Kimchites?) – tell us what delights you’ve go lined up for us this weekend?

For the birthday we are doing 3 events over 2 days, basically doing what Kimchi does. We’ve invited a few of our favourite people to play music at some of our favourite venues. It’s all going to be free entry and we have lots of nice birthday presents for the Kimchis.

For the pre party we’re at the  Samai Distillery from 8 to 12 on Saturday the 18th. This one’s just for our best buddies, so we wanted to do something special at the coolest little venue in town! This part of the night is open to everyone but is strictly limited to 100 people; there will be free shots from our mates Pyla Vodka, which is really nice French vodka that our friend sells.

For the main party, (10pm till late on the 18th) its gonna be a massive one at Phnom Penh’s best big venue, Code Red. As always, Kimchi Collective residents BFox, CynCity & danbeck will be in attendance, providing electronic party music of the highest distinction and some birthday songs alongside our old buddies and very special guests Albie Samreth and DJ Strangefruit.

Finally, for those still alive, we’ll be winding down at Kimchi Sundays on Chow Rooftop @ The Quay from 4pm on Sunday the 19th. 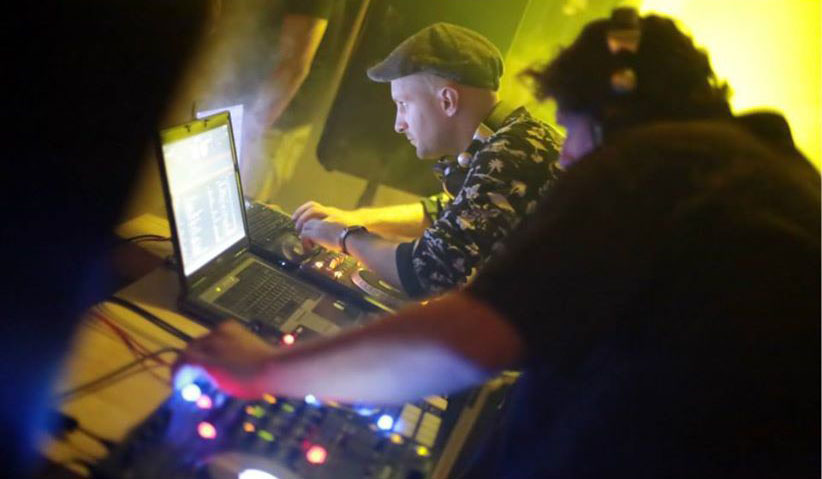 So tell us a bit about yrselves and yr history…Who are the members of the Kimchi Collective?

We form like Voltron and Bfox, CynCity and danbeck just happen to be the head. 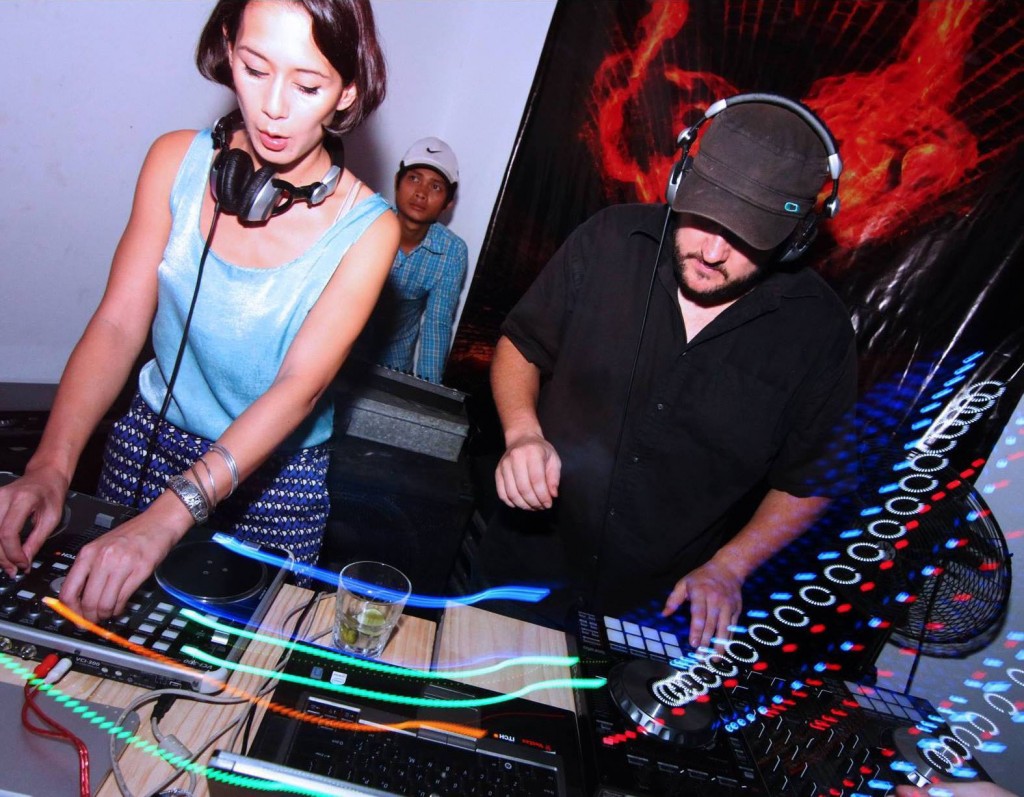 Pic credit (and most of the other ones!) – Film Noir Studio

How did the Kimchi Collective start? Were you hatched from a magic egg?

Kimchi is basically the coming together of a couple of like minded little club nights, which were held in various tiny dives around town circa 2010/2011.

Dan and Cyndy started putting on these nomadic parties called Fruity in 2010 after we bumped in to each other on Facebook, posting the same sort of UK house and garage tunes all the time.

Neither of us could DJ at all but we really wanted somewhere to listen to the sort of music we liked and frankly everything that was going on at that time in Phnom Penh was pretty shit, so we just started playing tunes off our laptops on $50 sound systems in our mates bars and stuff and making flyers with Paint to send to our 40 Facebook fans.

BFox and Balaton (Balasz Maar) were both working together at the Khmer Rouge tribunal at the time and started running their night Astrophysical out of a crazy little galley style pub with a swimming pool in it that smelled of damp and dodgy perfume. This was mainly for the international expats that they worked with.

Anyway, we all knew each other from around town and eventually started going to each other’s parties and it sort of just happened naturally that we found a common ground in what we were doing, good dance music to our mates with a bigger goal in mind.

As time went on it became obvious that we were all very much on the same wave length in terms of wanting to do something of quality in terms of music and the look and feel of our design and stuff, so next thing we knew we were in Naga polishing off a bottle of Vodka and decided somehow that we should start a party called Kimchi Collective— the name made zero sense and we liked that, it meant we weren’t tying ourselves down to any particular image and we could just do our thing, and that’s what we’ve been doing ever since.

Where are you currently playing?

Our original home was Meta House, when we started Kimchi, Meta really was the first place we thought about for putting on our events cause we just loved the vibe down there, it was a good size for us and we already knew that Nico the owner of Meta had his own history of being involved with good dance music and parties in Germany, he is also a total dude.

After talking to him it was obvious that his focus was first-and-foremost on doing really cool shit rather that just making a quick buck— this was perfect for us since we knew we could play cool music and put together a nice flyer but there was a high likelihood that the venue would make fuck all money. Nevertheless Nico and Johannes really took a chance on us, let us play exactly what we wanted, drink as much as we could and even paid us well for the privilege. Nico and the Meta House crew really gave us our start.

As time went on the parties at Meta started to gain momentum and we were pretty packed most of the time, this all culminated in us getting together with our long time partner-in-crime Mr. Eddie Newman and somehow managing to put on Layo and Bushwacka in this mad little 200 capacity gallery and café space, it was pretty fucking surreal and definitely one of those “Only in Cambodia” moments. 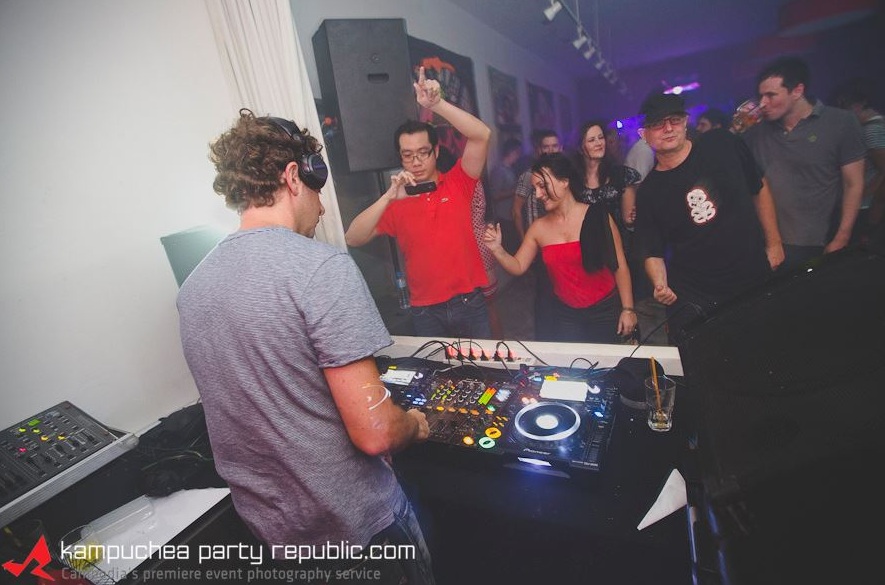 These days we are still working with Eddie playing regularly at his venue Code Red, which is a much bigger venue than where we started out. We’ve had the opportunity to put on some of our international pals like disco-don Pete Herbert and all-in-all it been really nice in terms of cementing in our minds the fact that we now have a bit of a following and can pull a crowd.

We’ve never really been much for big promotional campaigns or anything, so that’s basically happened through a bit of Facebook, word-of-mouth and some nice music and fliers—that makes us feel nice and warm and fuzzy inside.

We also do our ‘Kimchi Sundays’ parties at Chow rooftop at The Quay Hotel quite often, which is much more of a chilled out affair with a few beats and a few eats and a lot of hangovers—we love it up there and again Steve the owner has really put his faith in us, let us do what we want and taken care of us come rain or shine. It’s been a little bit more of a slow burner but the Sunday parties are getting better every time and we see great things for that concept moving forward.

We also just started doing a show on UB Radio on the 2nd Tuesday of the month from 9pm. Radio is a very different kettle of fish but it’s a great opportunity to for us to play all kinds of mad shit that we love but wouldn’t necessarily play in a club.

Apart from that we’ve maintained the nomadic approach that we have always had, we basically choose to play at specific events rather than focusing residencies at particular venues and just get involved in cool projects that we think will be fun for us as DJs, but also fun for the people that have to listen to our music on the night.

That’s why we love to work with our mates at What’s Up, Glamazon, you troops over at PPUG, Simon C Vent from Drop Dead Disco and a few others. It’s basically like a mutual appreciation society, we like what they do and they like what we do and to be honest when we get together we generally smash it—which is nice. 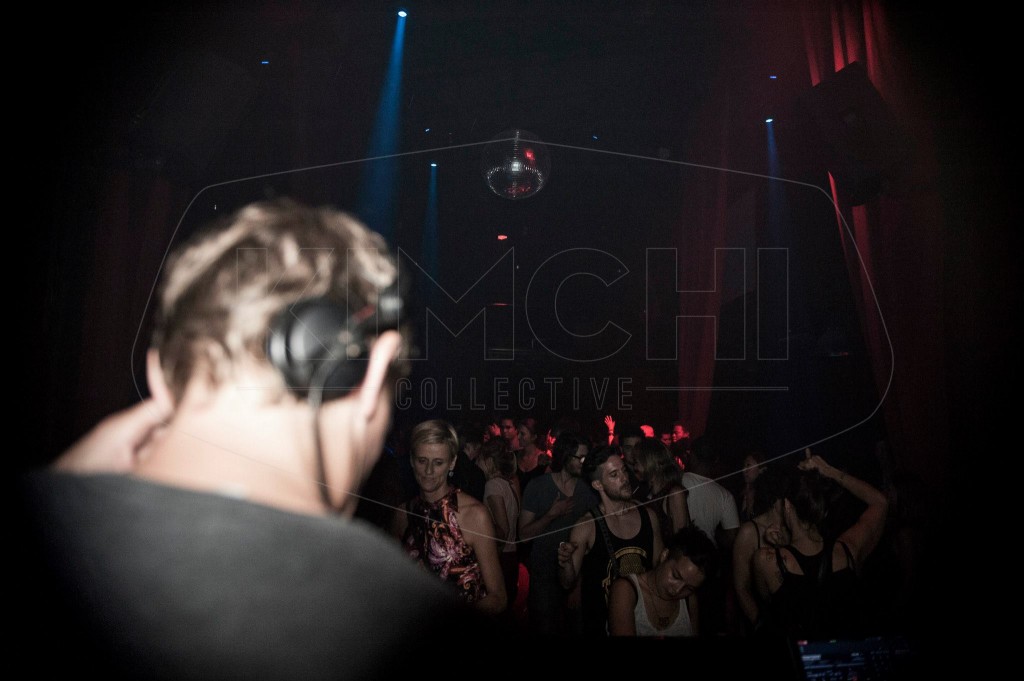 What is yr philosophy/ethos/musical style?

We’re only really focused on quality music and us and the crowd having fun, it’s not much more complicated than that.

I mean we try to look at building the music throughout the night and playing to the crowd and the general vibe at each particular event—don’t get us wrong we are doing this stuff for ourselves as well and we love playing 127 BPM bangers as much as the next guy, but if you’re playing that stuff to a half empty room or at the start of a party before night gets going or before the main act goes on then you’re basically a bit of a dick. 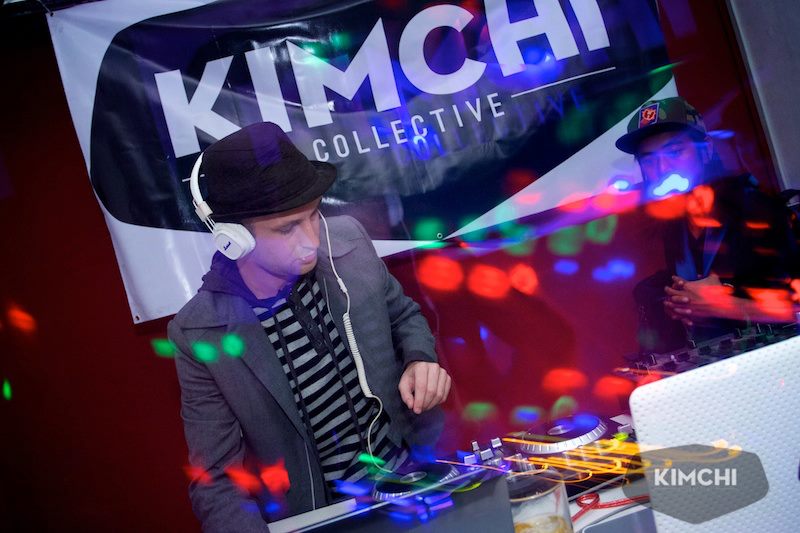 What do you think of the current club scene in Cambodia & Phnom Penh? And what’s the future?

Getting there I guess, never really thought about it. Although it’s nice to see a few more locals getting involved.

Cambodia definitely has the potential to be really cool in relation to club scenes in other countries in the region.

From what I hear Bangkok and KL have going a bit shitty and its mainly just posers and KTVs that are still doing the damage, Jakarta is all getting shut down cause it’s a sea of ecstasy dealers/army guys and clubbers in various stages of psychosis, Singapore is, well Singapore and I don’t know much about the rest.

In relation to its size and history there’s a fair bit of stuff going on and the scene evolves very quickly. If you look at what Cambodian clubbers were listening to 5 years ago, there has been a big change and it’s far more dance music focused than it used to be, I mean it’s still pretty rubbish but a few less light years away from the kind of stuff we play.

In all honesty we don’t know what the future holds, but we’d really like Kimchi Collective to be part of it, with a load more Cambodian Kimchis, more international guests that we appreciate and in general just more vibez and good tunes.

A big thank you to Kimchi Collective for taking the time to give us this fantastic interview….Good luck for the weekend!