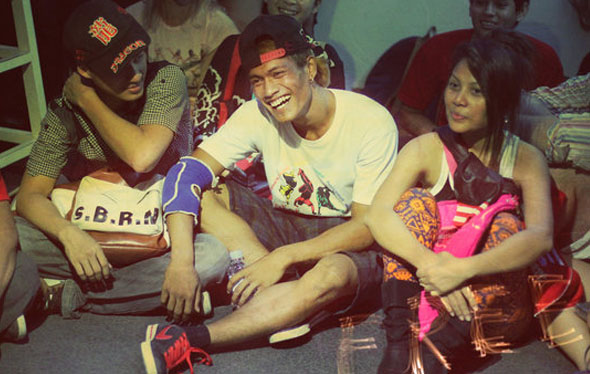 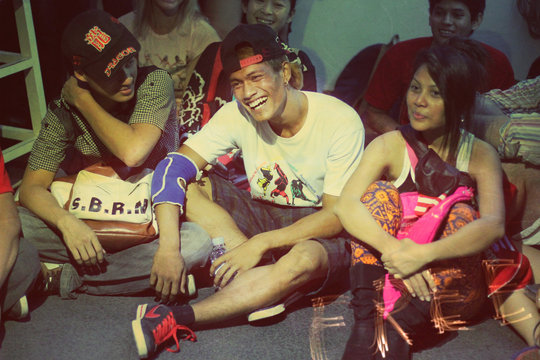 As organiser Bboy Peanut says “Rom Bak is the first Hip Hop competition/show in Cambodia where local dancers can test their levels by competing with international dancers.

Cambodia is an emerging market  with strong social divisions, housing a lot of underprivileged kids. Rom Bak aims at gathering young people around a fun and engaging medium such as urban dance, creating social ties between them regardless of their social background.”

It started me thinking about what dance music can achieve on a social level. When I first started going to clubs as a teenager, I found myself meeting, dancing, laughing and sharing the music with people who I had previously thought were completely alien to me – but those “differences” didn’t matter any more because we were all united in the music. In the world outside of clubs, I came to realise that people aren’t so different from each other, no matter what they look like or where they come from.

Dance music can be an incredibly powerful tool in breaking down barriers – be they cultural, national or social – between people from different countries and social situations. It’s a common language that can transcend any of our perceived differences and can bring people together like no other art form.

I think this message is so important in somewhere like Cambodia, where there is a vast gap in living standards and material wealth – and often socially – between most Khmer people and expats like myself who are privileged to be guests in this wonderful country.

Personally speaking, at some nights that I’ve played at or promoted, there’s barely been a Khmer face on the dancefloor. Obviously I realise that there are many economic, cultural and social reasons for this. But it’s something that we can and must change. There’s already some great work by a lot of the underground community in Cambodia – but we can do more.

All of us – whether we’re promoters, DJs or clubbers  – should have a long, hard think about how we can involve the Khmer people in the music that we make, play and love. It shouldn’t be a case of “us and them” – it should just be “us”.

I urge you all to support Rom Bak  – please attend on the 16th (details here) or support them financially via their page at http://www.kisskissbankbank.com/rom-bak-breakdance-in-phnom-penh