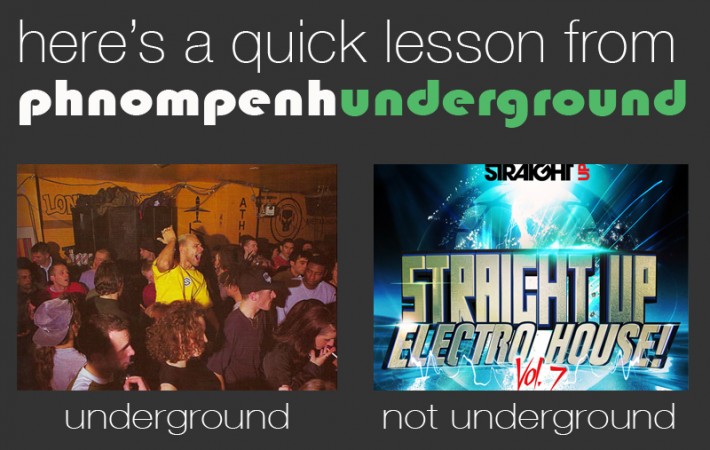 The easiest way to describe it would be to show what it isn’t. 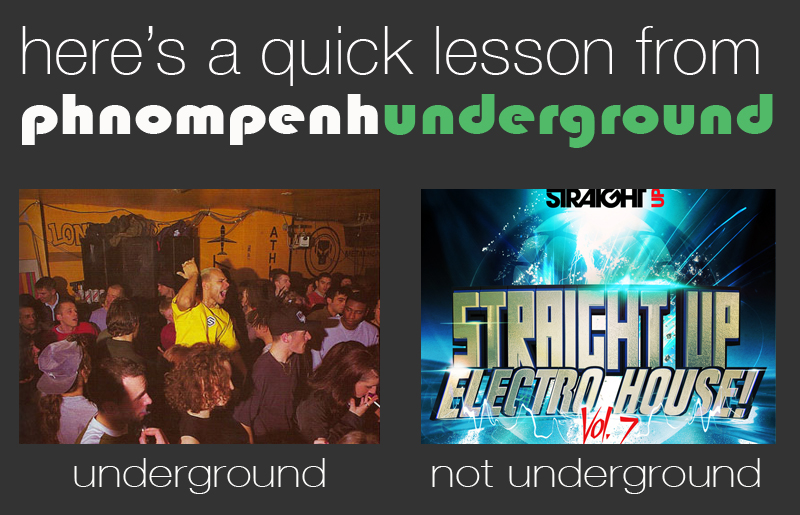 Turn on your TV, tune to MTV and start watching a “club” video. What do you see and hear? Obvious, commercial beats? Check. People rapping about Cognac and expensive cars? Check. People bragging about their sexual conquests, while wearing vests? Check. The same synth sound that you’ve heard in a million other records? Check

Underground dance music seeks to go a little deeper than that – to take the clubber on a more spiritual and musical journey. To celebrate a unity that goes beyond just celebrating the trappings of capitalism and sex. To seek a musical path that is not the most obvious one, not the most commercial one and certainly not the most popular one.

Phnom Penh Underground is about getting dirty and losing yourself in the music – its not about waving bottles of Hennessy in the air. It’s about the inwards, rather than the outwards, quality rather than quantity.

We’re asking you to join us on a mission to bring the true underground to Phnom Penh – an underground for everyone – not just expats but also for the people whose wonderful county we’re privileged to be guest in.