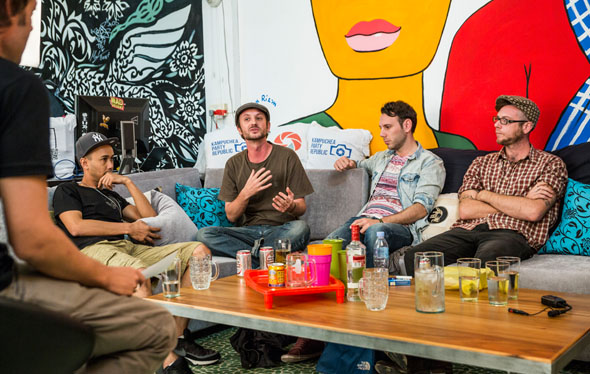 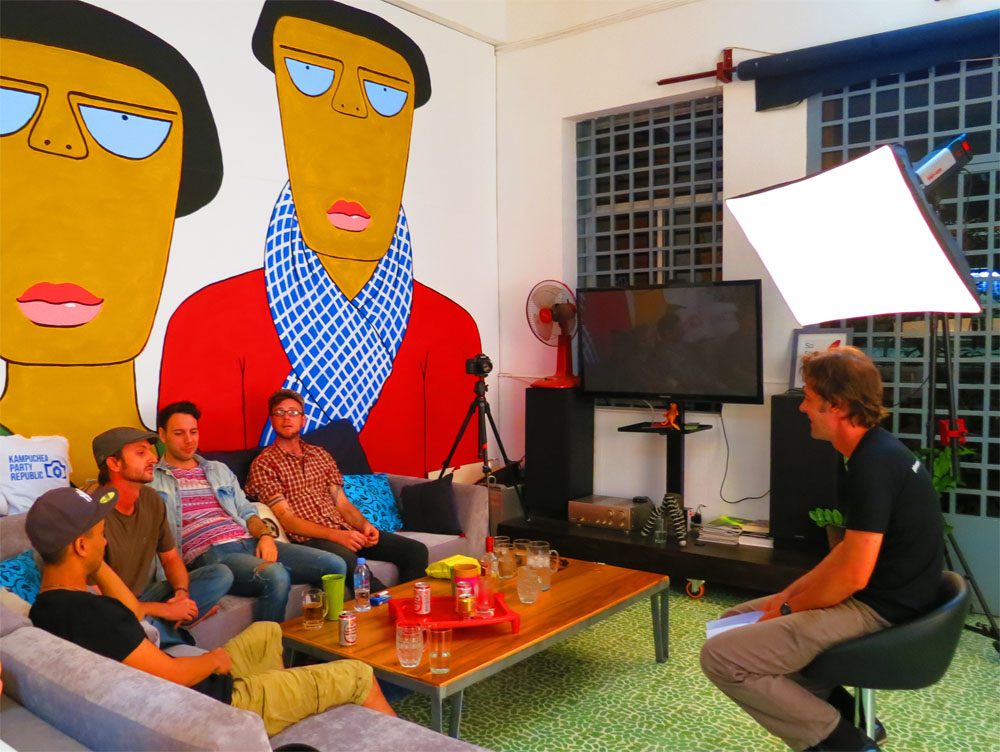 We got together 5 of the leading figures on the Phnom Penh music scene to discuss the past, present and future of the city’s rapidly growing music culture. 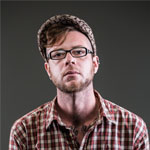 Myley Rattle is the owner of ShowBox, a venue on St330 which is “on a mission to showcase the contemporary music, art & progressive culture of Phnom Penh, both expat & homegrown, but with a special emphasis on promoting & encouraging Khmer participation in the arts.” He’s also involved with promoters Plan C Projects & Yab Moung Records, which is the first label dedicated to developing alternative Khmer music. 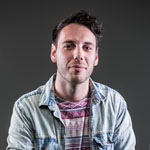 Simon C Vent DJs all over Phnom Penh and Cambodia, both for his night Drop Dead Disco as well as for the city’s leading underground nights. He was recently voted “Phnom Penh’s top DJ” by readers of the Advisor. With Drop Dead Disco, he recently toured Cambodia, bringing his music to Sihanoukville, Battanbang and beyond. 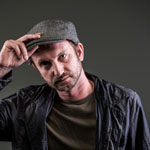 Jan Mueller, a long time resident of Cambodia, will be better known as Professor Kinski, a leading light of Dub Addiction – who describe themselves as “Cambodia’s first and only Khmer Raggamuffin Dub Band“. A veteran of the Phnom Penh scene, Jan has worked with countless Khmer & Expat musicians and recently released the “Dub Addiction Meets Kampuchea Rockers Uptown” album on Hong Kong’s Metal Postcard records 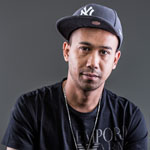 DJ Illest is resident DJ, manager and co-owner of Pontoon – Phnom Penh’s biggest club on St172. Khmer by blood, via Thailand, France and Canada, he brings a unique perspective onto the Phnom Penh clubscene through being involved from its infancy. In between managing the club and DJing, he finds time to indulge his first musical love – HipHop –  via his membership of hip hop collective The Ghetto Blasters. 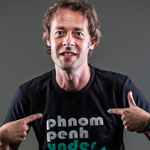 DJ Sequence (questions) is a veteran of the London DnB /Jungle scene, now relocated to Phnom Penh where he promotes & spins at parties like bass:session, BerlinTropical and more recently, HighRise & Phnom Penh Underground. As overlord of Phnom Penh Underground, his aim is to push underground dance music in Cambodia and to involve the Khmer youth in the scene

How do you see the current scene in Phnom Penh – both for dance music and live music? How has it changed from the past?

Illest : More international acts, more good quality acts. I think thanks to the influences of people like Kimchi, you guys here tonight, it’s got a lot better

Jan : When I first came here (11 years ago) there was basically nothing – just a few expats playing cover bands. Now its developing, more acts are coming and I really like the diversity of bands – Ska, Dub. Punk. But I think there is still a lack of originality.

Myles : For us, the alternative rock scene has really grown recently. When we started the label, we did it for a simple reason – none of the bands had been getting paid and we wanted to change that. But now places like Slur are paying Khmer and Western performers the same, so it’s a good change.

Simon : When I first arrived here, it was big change from London – where there are countless nights to choose from to here, where there are one or two at most. In the last couple of years its really changed – there are a lot  of good events to go to 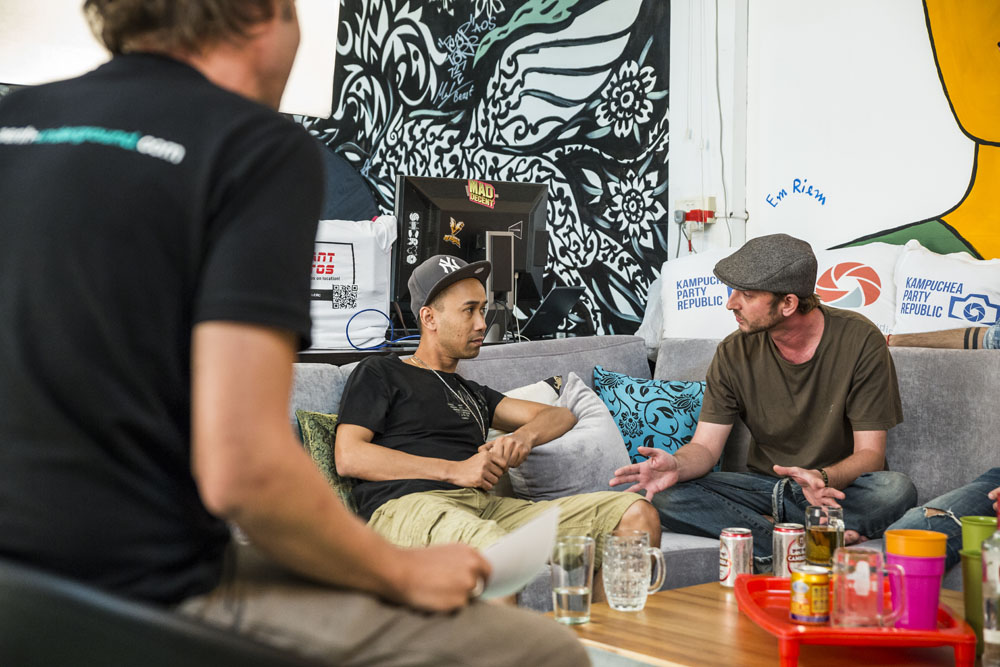 Illest : It’s challenging. The challenge is to keep people happy. To evolve but not too quickly. As a DJ, I have to adapt – my original style is HipHop but you have to adapt to what people want

Jan : But when I go to Pontoon (Illest’s club) I can’t stay! It’s too commercial. I feel like I hear the same song all the time.

Illest: That’s not our policy – you might hear the same song played by different DJs but that will be the same everywhere

Simon : Even though Phnom Penh is a city, it feels like a small town. So it’s horses for courses – you need a place for the more accessible music.

Sequence : There are also issues with noise that I’ve encountered at MetaHouse and ShowBox, but I know they are being worked on 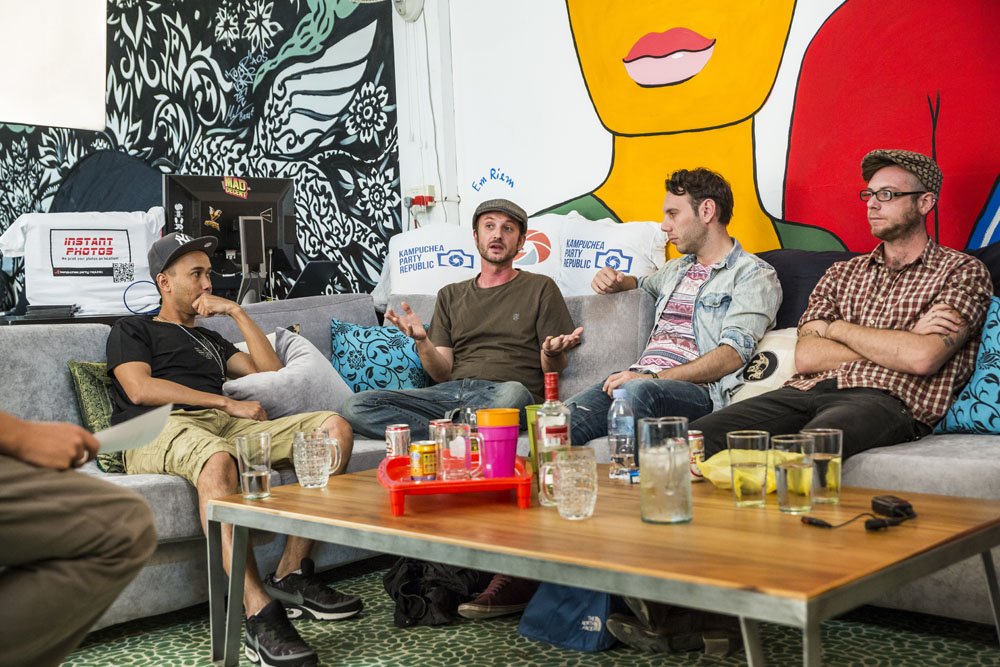 So, is there a distinction between underground and overground music?

Myles: “It’s just whatever kind of music that people enjoy – I don’t think that there’s a big enough scene in Phnom Penh to justify the distinction”

Simon: “When we took what we had (Drop Dead Disco) on the road, we found that a lot of people were saying how refreshing it was not to have to go to the same places and listen to the same kind of music and the same DJs”

Sequence : For me, underground music is music played for love, not money 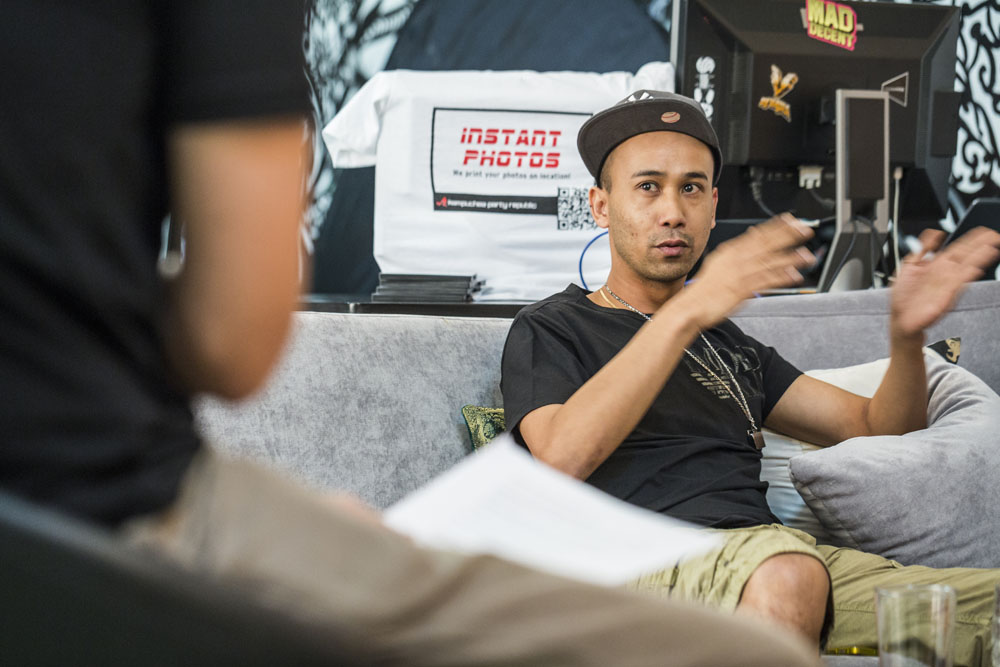 What kind of crowds do you see at your events? Is it Khmer people, Expats, Travellers or a mix of the three?

Myles: “ For events like Cambodian Bass Project, it’s some Khmer but mainly expats. For events that we do with the alternative Khmer bands, its pretty much 90% Khmer”

Illest : “A real mix-up – obviously a lot of tourists, combined with Khmers – both expat and local. “

Jan : “Obviously you’re going to get the western audience for the music (Reggae) that we’re doing. But, although it’s not been easy, I know that this music is in the Khmer heart as well and that’s why we are getting increasing numbers of local people at our gigs” 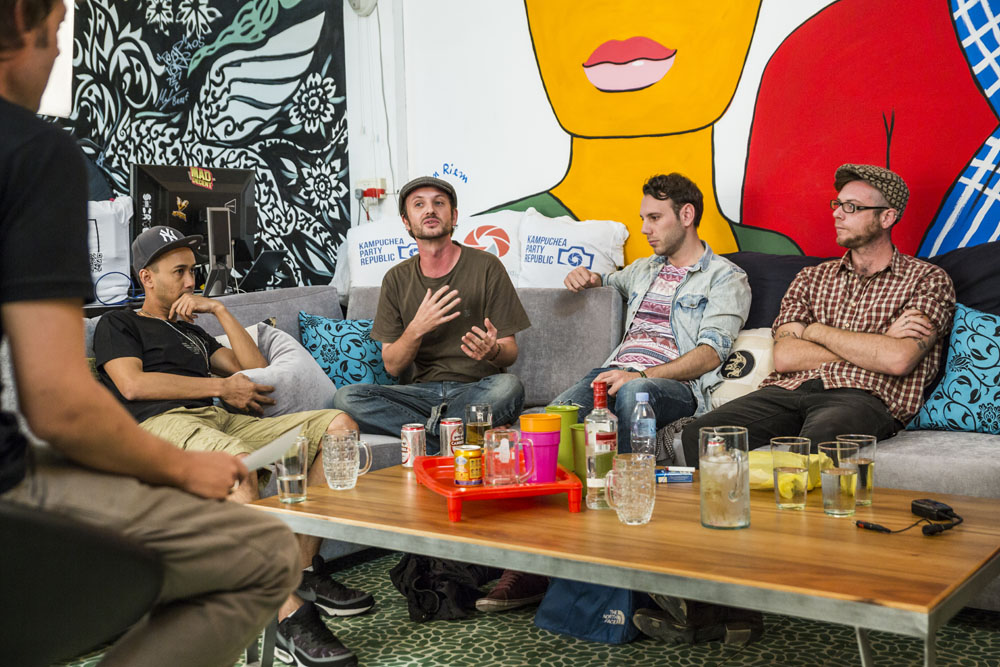 Is there a reason why more Khmer people aren’t coming to the events you’ve listed? I think that there are some really strong cultural, economic and social factors in play here

Myles: “I think it’s genre specific. I’m not really sure that electronic music captivates the Khmer people. I think it’s also venue based as well. There’s a lot of good venues in Phnom Penh, but there is nowhere that is really accessible for the Khmer youth to hang out. They can’t afford the drinks or there’s too many French people (laughter)”

Illest :  “At Pontoon, we find that the youth respond to HipHop – come to the club when I play and you’ll see spontaneous dance battles on the floor. The kids know the music and buy all the CDs and listen to the mixtapes.”

Sequence : “You’ve got obvious social barriers of two different cultures, as well a simple economic ones – to buy a beer in a club is $1.50 – that’s out of the reach of a lot of people” 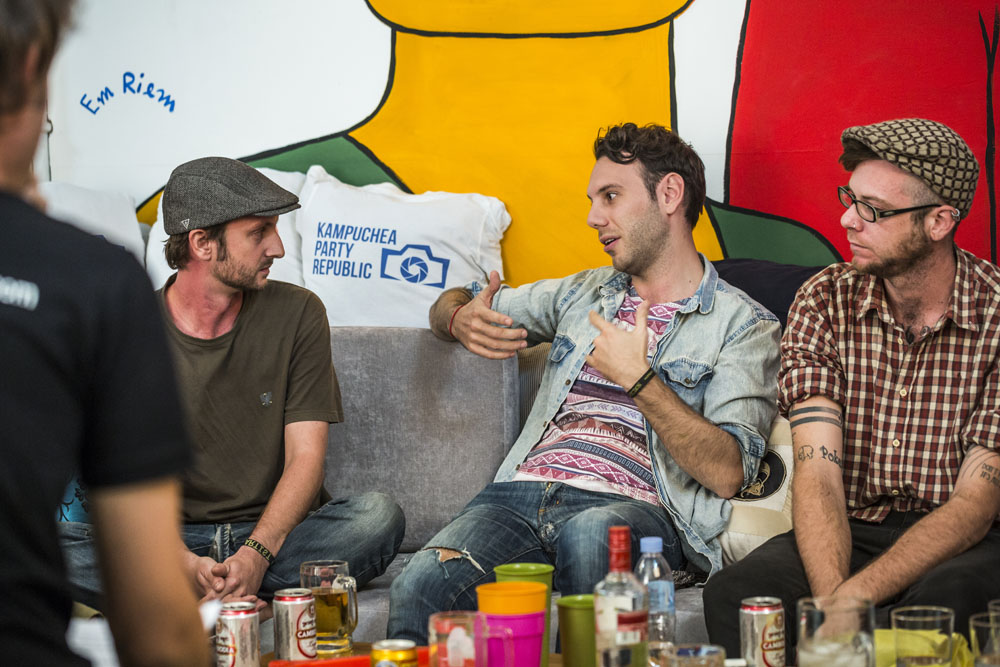 Why aren’t there more Khmer DJs outside of the commercial clubscene?

Simon : “I’ve played with Khmer DJs who, while they were playing commercial music, they were really interested in what I was doing, in the more “underground” side of things”

Sequence: “We get loads of enquiries from the website from Khmer kids saying “will you teach me how to DJ – it’s just a question of finding a viable outlet for it, which is something we have planned for this year”

Jan: “The major goal for us is to bring more and more Khmer people into what we do –  it’s there country after all! Next month, we’re doing a big event at Slur Bar with Wat a Gwaan – everyone is welcome! We’re also doing events outside of the city, everything is free, it’s wonderful – everyone is together!” 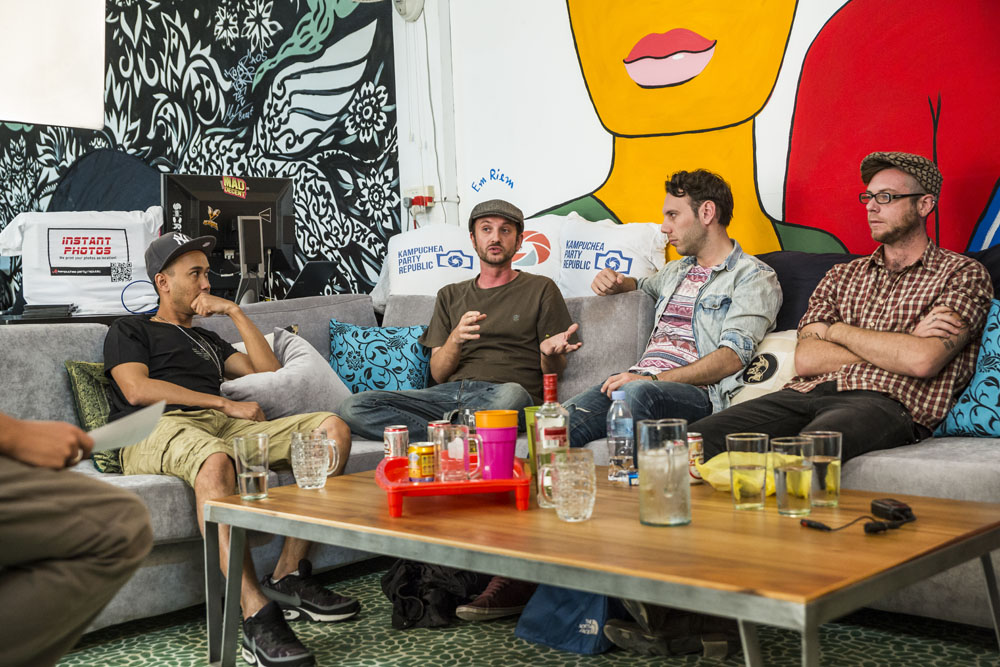 We’ve got a new super-venue, Code Red, opening this week. Does it add or subtract to the scene and what you are doing?

Myles : “I’m really excited. Having a new space that will attract international DJs can only help the scene”

Simon: I think it’s great – there are so many nights now we have a circuit – start off with drinks in one place, dance in a main club, and then finish off the night at somewhere smaller. People don’t want to hear the same music all night

Jan : “I’m not sure for a couple of reasons – I don’t like the idea of a dress code and I think the drinks will be very expensive”

Sequence: “I think its different segments of the market – Code, Pontoon do their thing, while promoters like us at Phnom Penh Underground will do our thing – I don’t see Code as a threat, per se.”

Myles :  “I think there’s too many people doing the same thing with the same crowds. This is something different” 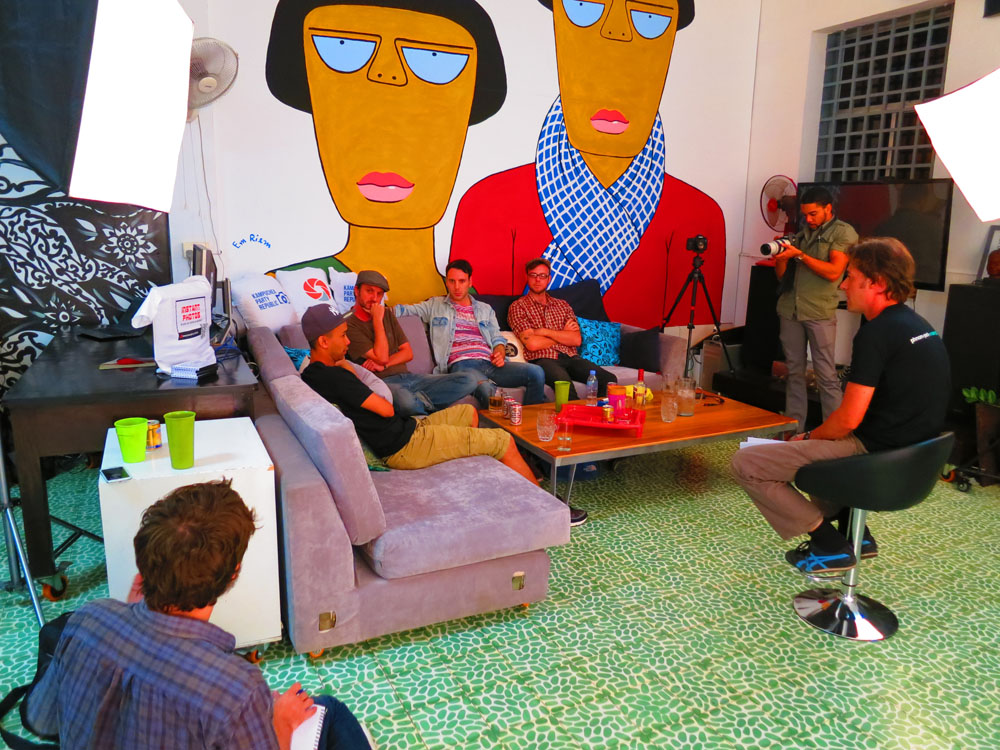 Illest, I know that you and (Code owner) Eddie Newman originally set up Pontoon together and then parted ways – what are your feelings?

Illest: I see it as an addition to what we have. We’ve always wanted to have a situation where people can go from one club to another, so why not here, like they have in London or Paris?” 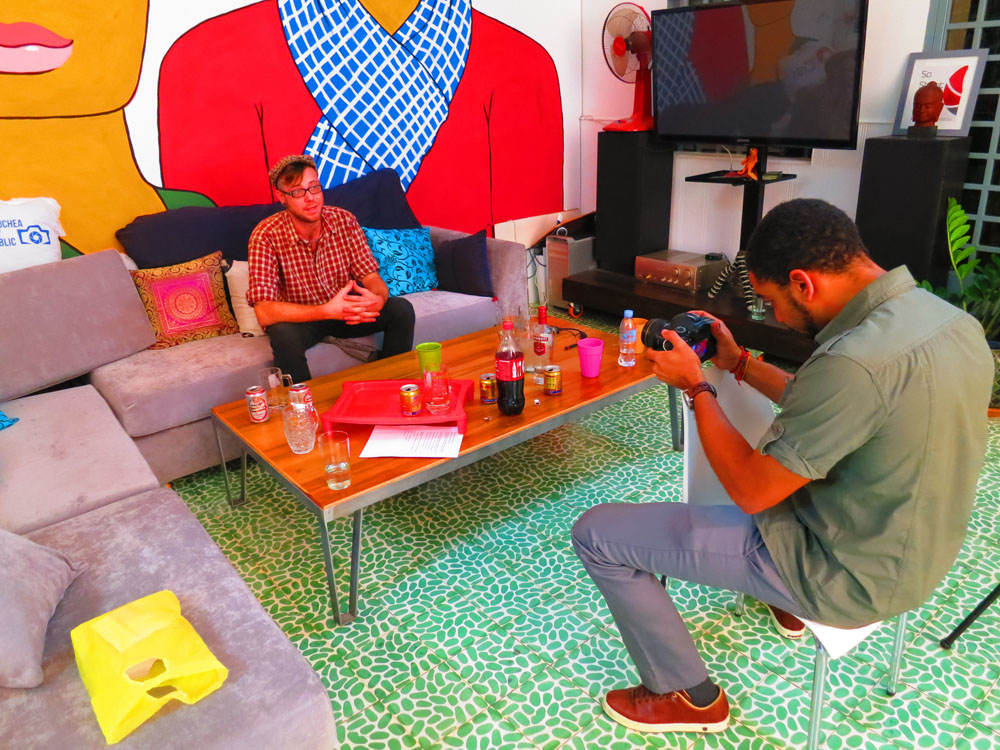 The future of the Cambodian scene? Some people say that in 5 years time, Phnom Penh will be the biggest city for dance music in SE Asia…

Jan : “I think it can be the Berlin of SE Asia – in terms of living space, in terms of creative space. The city has already attracted a load of great people and I think it will attract many more”

Sequence : It’s growing…but I think there is a long way to go. But who knows what the future holds…” 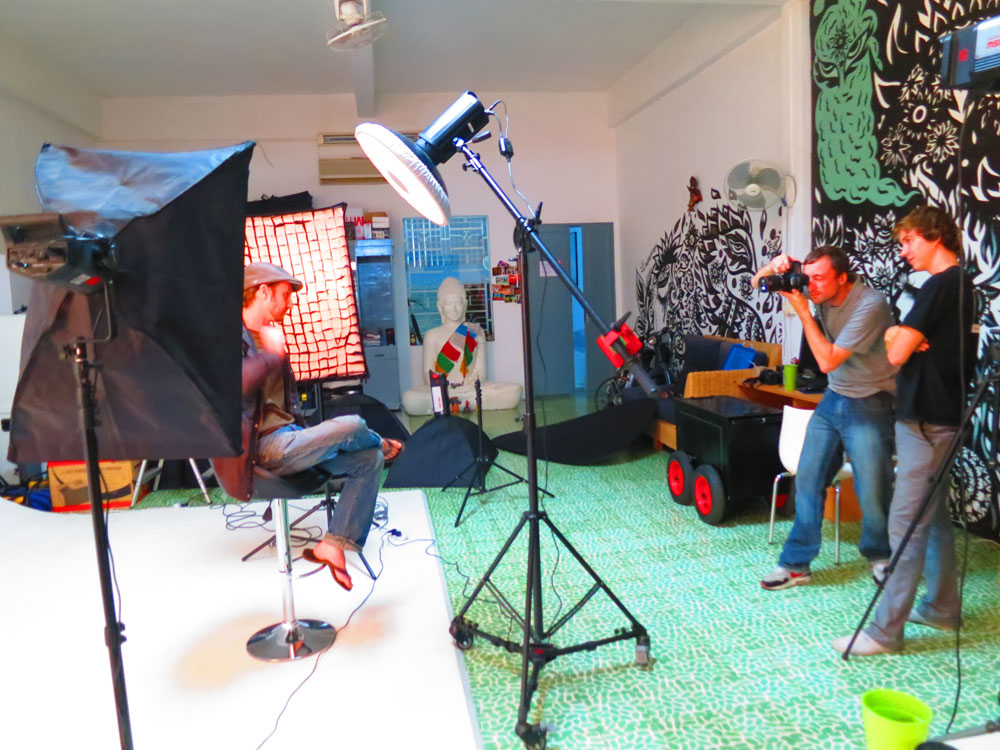 Wrapping things up, what are your plans for 2014?

Illest : “For the main Pontoon, we’ll keep with our policy of bringing the best International acts. For what’s now called the Bistro, we’ll be changing the name to Pulse and really promoting the best in electronic music”

Jan :  We’ve got the Dub Addiction Collective album coming out with international artists. Also look out for an EP with a French MC Kaztet D with Drum and Bass and Dubstep influences. We’re also working on the Jazhad album – a Ska influenced project with 5 original  tunes and 5 old Khmer tunes.

Simon : I want to do less! We did a lot at the end of last year, so this year I want to concentrate on quality rather than quantity.

Myles : We’ve got the first release coming out on Yab Moung – Khmer made, Khmer produced. We’ve also got a big party in February – European Union as well as bunch of other stuff like the ShowBox awards.

Sequence : Too much! Expand the website. keep on putting on bigger and better events in Phnom Penh and Sihanoukville. I’ve also got some dates in other SE Asian countries in the pipeline, so its all good….

An abridged version of this article originally appeared in WUPP Magazine (http://www.wuppmag.com/) – Thanks for permission to print.

Behind the scene photos by Jess Barr @ Phnom Penh Undergroud